Multi-Vehicle Crash Reported On I-235, Near I-44 Junction 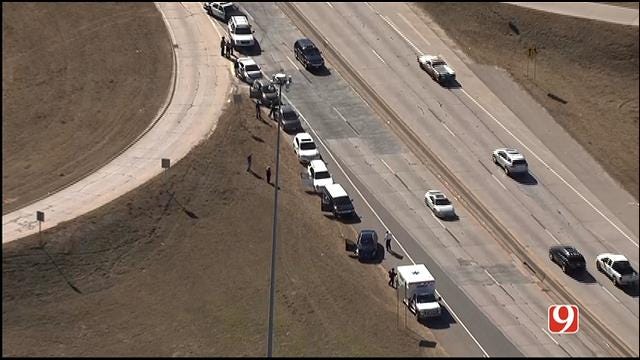 First responders are on the scene of a multi-vehicle crash on the northbound side of I-235, near the I-44 junction, Tuesday afternoon.

Authorities have shut down one lane of northbound I-235 while crews work the scene. It is unclear if anyone has been injured, but EMSA is on scene.

Multi-Vehicle Crash Reported On I-235, Near I-44 Junction