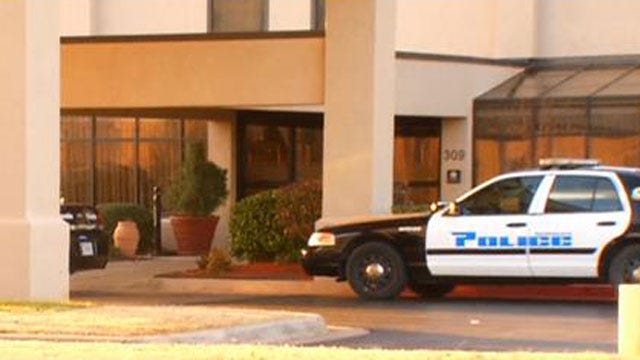 Police are investigating after a shooting victim was located inside a Norman hotel just off I-35, Wednesday morning.

According to police, a man with a gunshot wound to the stomach walked into the lobby of the Hampton Inn near I-35 and Main Street, at around 6:10 a.m.

A Norman police officer told News 9 on the scene that this was never an active shooting situation.

According to police, the gunshot victim and four others were staying in a room on the second floor of the hotel. At about 6:10 a.m., the victim came into the lobby, accompanied by a woman who told the hotel employee what room they were in.

Officers questioned that woman when they arrived. However, according to police, the three other people in the room are nowhere to be found.

No weapon was found in the room. Police said they don't know if this was an accidental or self-inflicted shooting.

The woman reportedly told police one of the people in the room is known "on the street" as "Butter Bean.”

Police said the victim was rushed to the hospital in an unknown condition.

No further details are available at this time. Stay with us for updates.