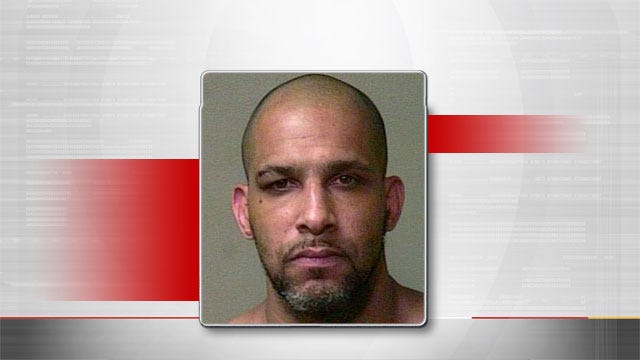 Authorities said a man was able to get away following a chase and manhunt in northwest Oklahoma City, early Tuesday morning. But they quickly identified him because he left behind his warrant paperwork with his name on it.

According to the Oklahoma County Sheriff's office, at about 4 a.m., a deputy noticed a vehicle swerving in the road at N.W. 10th and Ann Arbor. The deputy stopped the vehicle. While he was walking to the vehicle, the driver took off at a high rate of speed.

The deputy was forced to initiate a pursuit. According to the Sheriff's office, the chase ended at N.W. 36th and Nesbitt where the driver bailed out of the vehicle. He was able to get away after deputies and Oklahoma City police officers searched for him in the area.

Deputies said they were able to quickly identify the driver as 39-year-old Shawn Holt of Choctaw, Oklahoma, when they found warrant paperwork with his name inside his vehicle.