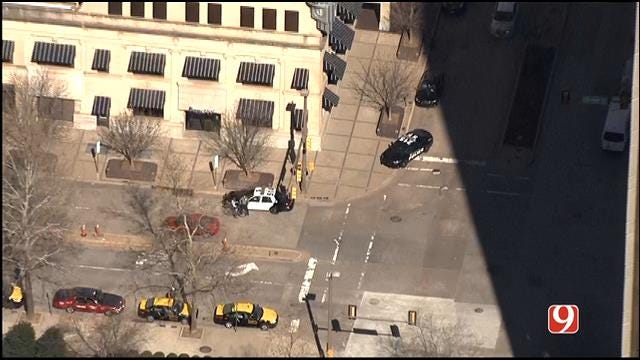 Authorities have determined that a bomb threat made downtown on Thursday was not credible.

Officers blocked off some streets downtown as they investigated reports of a possible bomb threat in the area of the 100 block of N. Robinson Ave.

Police say they are looking into the origin of the bomb threat call. No evacuations were made.