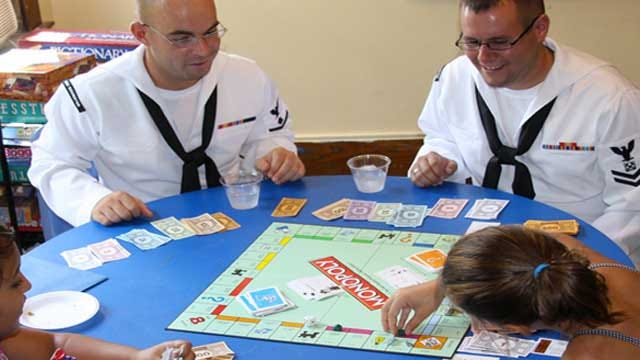 Oklahoma City is one of 12 cities selected to host the 2015 Navy Week, a Navy signature outreach program.

Oklahoma City Navy Week is scheduled for September 21 through September 27, coincident with the Oklahoma State Fair. It is designed to provide area residents an opportunity to learn about the Navy, its people, and its importance to national security and prosperity.

The Navy plans to include the following elements in this week-long celebration:

- Sailors from USS Constitution, the oldest commissioned warship afloat in the world

- Admirals and other senior Navy leaders, who will engage with local corporate, civic, government and education leaders

- Navy simulator(s) and other interactive displays

“Outreach programs like Navy Weeks are extremely important to ensure Americans outside Fleet concentration areas have the opportunity to connect with their Navy,” said Cmdr. James Stockman, director, Navy Office of Community Outreach (NAVCO). “Navy Weeks allow Americans to meet face-to-face with Navy personnel to increase their understanding that their Navy is a warfighting force, deployed around the world and always ready.”

Navy Weeks focus a variety of outreach assets, equipment and personnel in a single city for a week-long series of engagements with key influencers and organizations representing all sectors of the market. More than 75 outreach events are coordinated during a Navy Week with corporate, civic, government, education, media, veterans, community service and diversity organizations within the host city.