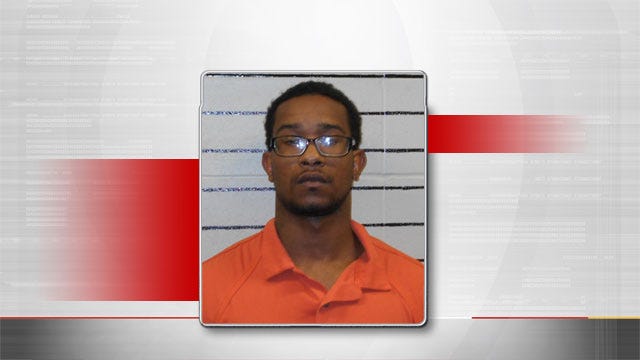 According to Cushing police, just after 1:30 p.m. officers responded the Cimarron Correctional Facility, located at 3200 S. Kings Highway, in reference to a suspicious white SUV.

Based on the location of the vehicle and their knowledge of past incidents involving contraband being thrown over the facility fences, officers spoke with driver, George Broadie II, who was standing outside his vehicle.

Broadie, a 24-year-old Altus resident, told officers that he was there to pick up his cousin, who was being released. During questioning, police said Broadie showed signs of deception. Officers then asked Broadie if there was anything illegal in his vehicle, which he said no.

Officers said they then asked Broadie for consent to search his vehicle, which he granted. Broadie opened the rear hatch of his vehicle.

“I would like to commend the teamwork displayed by both Cimarron Correctional Staff and Cushing Officers, to help remove these drugs from our city”, Chief Tully Folden said.