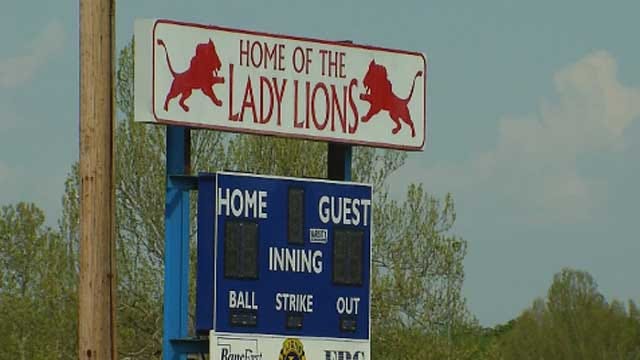 It was a ten and under girls softball game and when one little girl didn't to play, her grandfather wasn't happy about it.

“We've got a parent that just pulled a gun at a softball game. He's leaving the Chandler softball field right now.”

Witnesses said he almost hit a person with his car on the way out and was upset that his granddaughter didn't get to play in the softball game. However, before Troy Don Gibbs tore out of the complex, he had words with a few people.

"He approached the coach in the dugout, and one of the other parents split them up,” Chandler Police Chief Matt Mattheyer said.

Gibbs reportedly went to his car and then approached the coach again.

"When the softball coach was going to her vehicle, he approached her again at her vehicle and began the argument again about his granddaughter not getting to play,” Mattheyer said.

That's when witnesses said another parent jumped in and claimed he "tried to calm Gibbs down by saying that his daughter does not get to play at times,” but Gibbs told police that parent threatened to beat him up.

The report stated another parent tried to break up the argument when Gibbs pulled out a loaded gun and pointed it at his face as well as other people including children.

“We have a few arguments here and there but nothing like this,” Mattheyer said.

Gibbs was arrested and is facing charges of pointing a firearm and disturbing the peace.