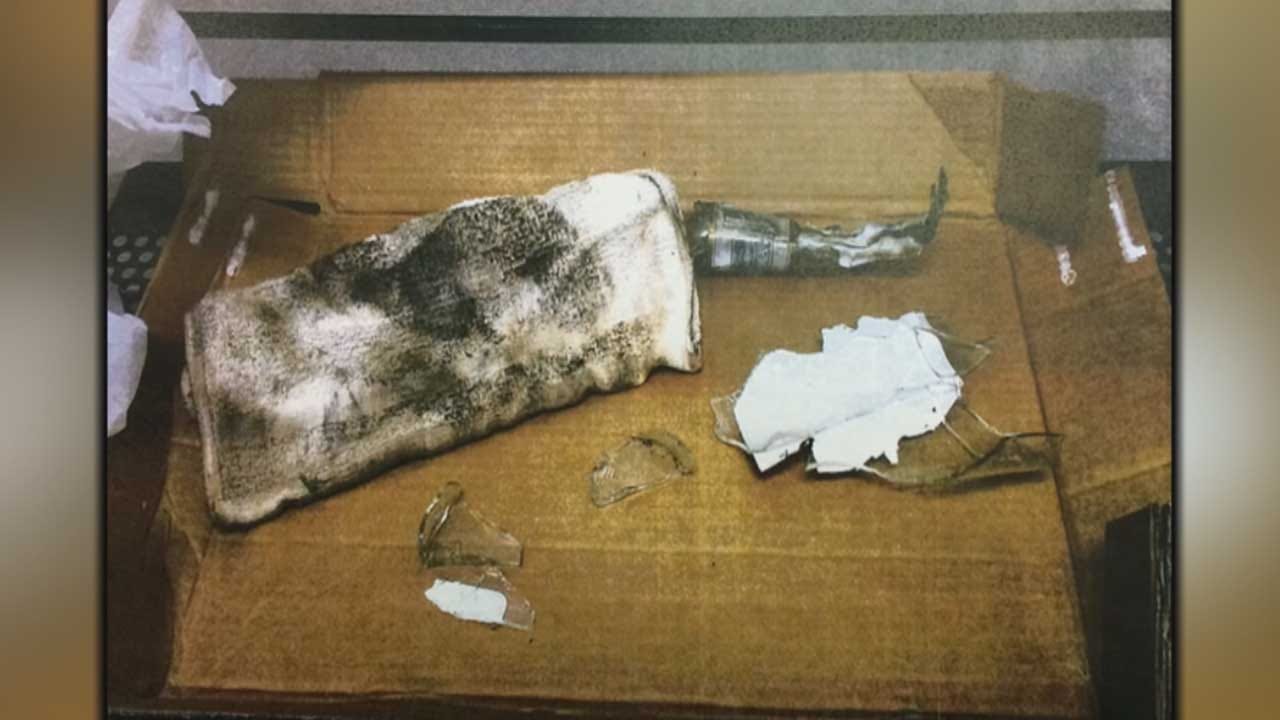 Someone tried to burn down a Chickasha church, but they left behind evidence. Now, an investigation is underway.

It happened when someone tried to make a Molotov cocktail and threw it on the roof of the church.

Pastor Tim Day is a friendly guy, and happily greeted News 9 outside the Calvary Baptist Church. However, he was not greeted with the same hospitality when he arrived recently.

“I noticed some broken bottles in the parking lot which isn’t anything out of the ordinary,” he said. “So I went to go clean it up, and that’s when I found the rag doused in gasoline.”

Whoever did it was not successful.

“It appears to be an incendiary device,” Chickasha fire Chief Brian Zalewski said. “There are lots of different names for it.”

A common name for the one found at the church is a Molotov cocktail. Day called the police who then called the fire department to investigate.

“It is basically a bottle that has possibly an ignitable liquid in it and some type of a cloth or paper material in the top,” Zalewski said.

When it is thrown against something, the glass breaks, and the liquid spreads out and quickly ignites.

Day said he is not mad at the person responsible.

And even though fire from the concoction didn't spread, the pastor is hoping the church's revival will.

“We forgive them. We accept them, but we need to just protect our property, and we don’t want anything serious to happen to that,” he said.

The case is under investigation as the fire department follows leads.