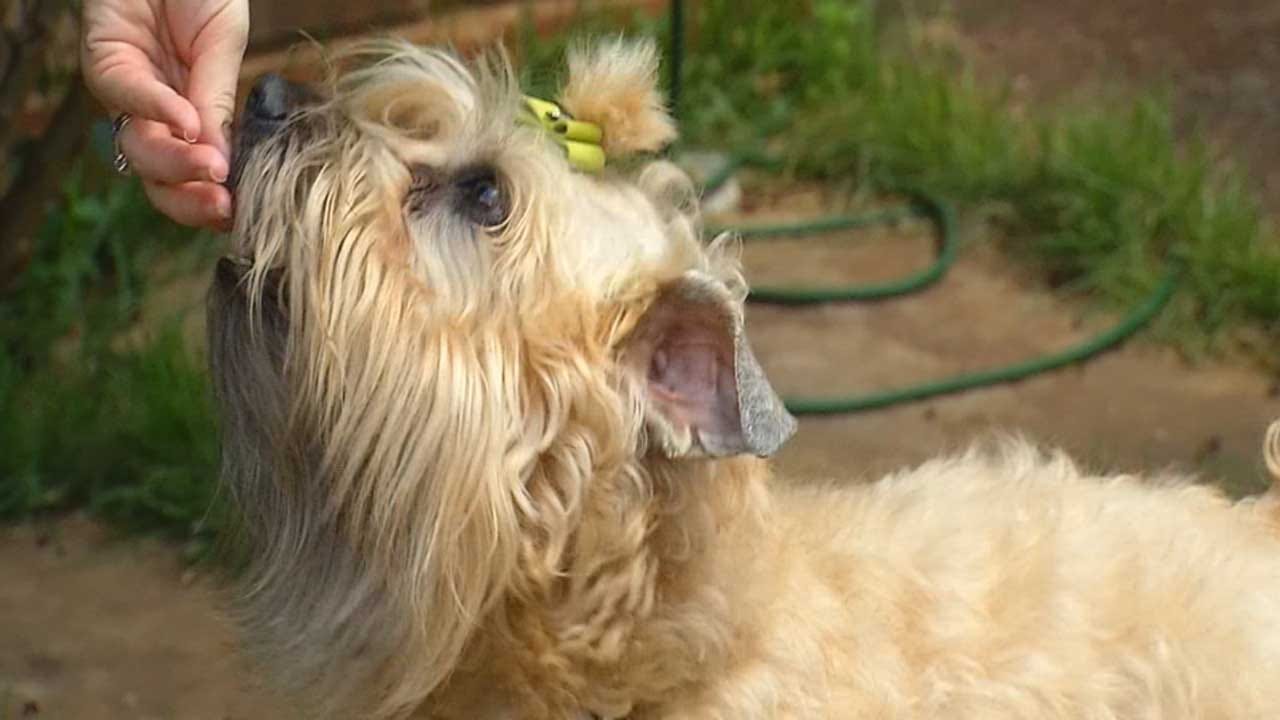 No doubt, us pet owners believe we know our dog's pretty well, but now, there is a new tool created by a Harvard grad ready to test your theory.

News 9's Kelly Ogle and Amanda Taylor tried it out on their dogs. All you need is a little space at home, a few household items, an internet connection, and of course, your best friend.

"So before we had kids our dogs were basically our kids," Amanda Taylor said.

Amanda's dogs Willy and Sonoma both have very distinct personalities. Willy was a little apprehensive of the camera, so she put Sonoma to the test.

Kelly said Thunder, his 3-year-old rescue, was up for the challenge.

"He knows where every ball is in this house and sometimes you'll hear him whining and then you'll realize he's got his nose under a couch trying to get a ball so he's got a pretty good memory for stuff like that," Kelly said.

The test is called the Dognition Assessment and it was created by scientists, trainers and behavioral specialists to give you a window into your dog's mind. We started with a yawn warm up game, and then moved on to eye contact games. The games are made up of these five Canine Cognitive Dimensions:

Memory = A dog's ability to recall information or situations

Reasoning = A dog's ability to infer the solution to a problem

Julie Bank is the Animal Welfare superintendent in Oklahoma City and said while she can't speak about a dog's specific personalities; she does know they have different behaviors that owners also should consider.

"When you have an animal, that animal is part of your family," Bank said. "You'll have some animals that have more energy and then their need is to exercise more, give them different type of nutrition, things like that, you have other animals who are more lap dogs they require more human contact, rather than going to the park and running with them they need to sit with you in front of the fireplace and be pet."

She said knowing these traits help keep pets out of the shelters.

"You wouldn't consider finding a spouse in just five seconds, it's the same thing with an animal, you're going to have that animal in your life for 15 years or more depending on the age of that animal and if you don't take the time to really spend the time to learn about who you are, learn about the animals and make that match, then it's going to get broken," she said.

As for Sonoma, her results weren't surprising to Amanda.

"Her empathy scores were off the charts," Amanda said. "She's sweet, although we knew that already, we did not need a test to tell us that she's sweet.

Thunder also showed a lot of empathy, but really excelled in the memory category, also not surprising to Kelly. His empathy, a little mixed.

"Thunder was somewhere between bonded and individualistic in the empathy dimension, this means while Thunder has an independent streak, he is still very attached to you," Kelly said, reading the Thunder's results.

Once you get through the 20 games of the assessment, you get your dog's unique profile report to discover which skills your dog relies on to get by in the world.

You will discover your dog's Dognition Profile. Each of the nine profile types represents a distinct combination of characteristics that shape your dog's approach to everyday life.

Check out all the profiles here.

Kelly's Thunder was an Einstein while Amanda's Sonoma was a Renaissance.