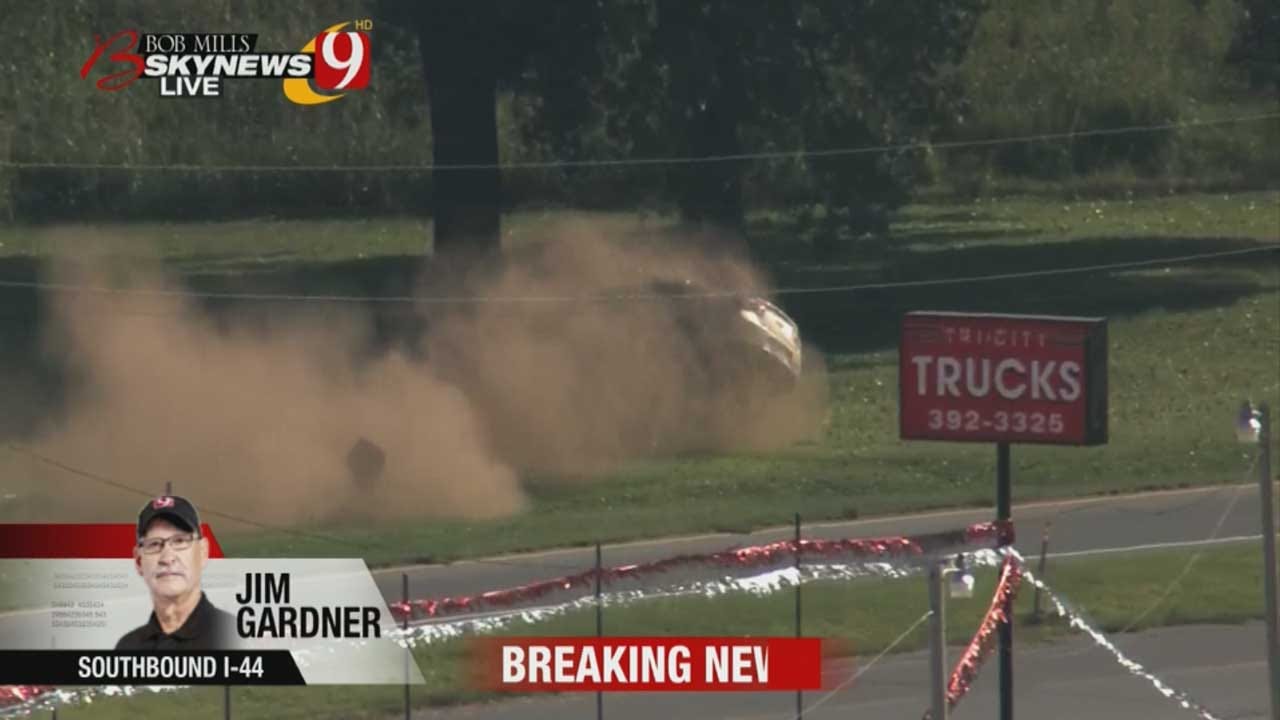 A woman is in custody following a wild high speed chase.

That chase led Oklahoma Highway Patrol troopers from the southwest side of Oklahoma City to Newcastle before the driver lost control and the car flipped multiple times.

9/28/2015 Related Story: One In Custody After Leading OHP On High-Speed Chase

And amazingly, that woman got out of that car, relatively unhurt, and took off running.

Bob Mills SkyNews 9 HD was the only news chopper in the air as this chase played out on live television.

Troopers joined the chase on Interstate 40 eastbound near Yukon to Interstate 44 westbound.

An OHP trooper on the tail of the suspect for several minutes before his rear right tire blew out on the highway.

But SkyNews 9 stayed with the car, and was about a mile behind. At this point, speeds were well over 120 mph.

The silver sedan flew by cars on the shoulder at dangerous speeds.

The driver took exit 108 towards Newcastle and lost control.

But it wasn't over yet.

The woman jumped out the car and took off trying to get away from the troopers.

“Saw her cross the road, and they just started pulling up into here,” witness, Adam Aguirre, said.

And she didn't make it far. Troopers were close behind, and she was arrested.

“It was wild. We didn’t know what it was at first,” Aguirre said.

“This is the most action Newcastle has seen in a while,” witness, Gerald Morgan, said.

News 9 is told there may have been another woman in that car. She was placed in a neck brace and taken to a local hospital.

One trooper was taken to OU Medical Center for treatment of minor injuries.

Union City police Chief Richard Stephens said they began the chase after the vehicle would not stop when an officer tried to pull the vehicle over for a traffic violation.

The vehicle was driving 100 mph in a 45 mph speed zone, Stephens said.