Bedlam Preview: A Look Inside The Matchups 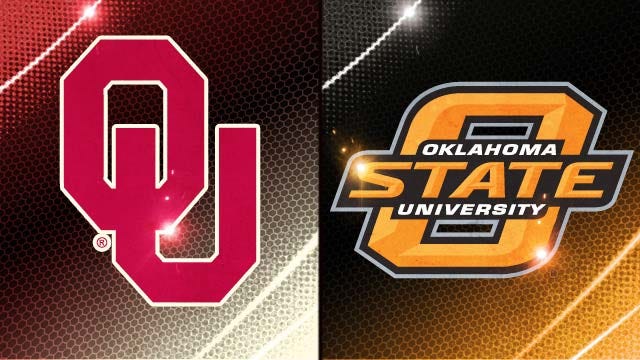 When Baker Mayfield leads the highly potent OU offense on the field on Saturday night, the Sooners will be potentially facing the best defense they’ve seen all season. The Cowboys allow teams to score 26.36 points per game and are led by defensive end Emanuel Ogbah. The NCAA’s active sack leader will be trying to cause havoc in the OU backfield and Ogbah will be looking to add to his stat total of 59 tackles and 12 sacks on the season.

One of the weaknesses of the Oklahoma team has been the play of the offensive line, but during the Sooners’ current six-game winning streak the blocking up front has been far improved. Since OU’s lost to Texas on October 10, the Sooners are averaging 292.5 rushing yards per game, with the lowest rushing effort coming against Kansas State where OU totaled 232 yards in a 55-0 victory.

Oklahoma State’s defensive front led by Ogbah will be doing anything they can to slow down OU’s two-head monster at running back-- Samaje Perine and Joe Mixon. Last season OU rushed for 334 yards in its loss, and OSU defensive tackle Vincent Taylor will need to plug up the running lanes if the Cowboys want to have much success this year. Taylor has 40 tackles and four sacks on the season, while linebackers Seth Jacobs, Jordan Burton and Chad Whitener will also play big roles in slowing down Perine and Mixon. Jacobs totaled 13 tackles in last season’s Bedlam win.

Oklahoma’s running game has been setting up the passing game nicely, and Mayfield will be looking to put an exclamation mark on his Heisman campaign with a huge performance against the Cowboys. OU offensive coordinator Lincoln Riley has been dialing up a lot of plays for star receiver Sterling Shepard as of late, and the senior has been producing with big numbers.

Shepard’s totaled 22 catches and 288 receiving yards in OU’s last two games against Baylor and TCU. It’s safe to say he shows up in big games, and none get bigger than this for the Sooners.

OSU cornerback Kevin Peterson will likely be assigning the treacherous task of slowing down Shepard, but Peterson is plenty capable of doing just that. OSU could put cornerback Ashton Lampkin on Shepard at times, but Lampkin has been limited as of late with a hand injury. Safety Jordan Sterns rounds out the impact players in the OSU secondary, and each one of them will be face a solid group of receivers on Saturday that extends beyond just Shepard.

Dede Westbrook, Durron Neal and Jarvis Baxter should each have some type of impact on the game for OU, and Riley will most likely get them more involved after a down receiving week against the Horned Frogs, where no OU receiver besides Shepard caught more than one pass. Tight end Mark Andrews has also been a dependable target for Mayfield throughout the season, so OSU will need to assign Jordan Burton in coverage if Andrews becomes a factor.

The Oklahoma State defense will need to set the tone early or the OU offense could pull away.

Oklahoma State is perhaps the most one-dimensional great team in the country.  They can’t run a lick, the opponent knows it, and yet the Cowboys are sixth in the country in points per game.

The Cowboys’ ground game has been porous due to a combination of a struggling offensive line and no NFL-caliber running backs. OSU is traditionally a very strong running team, which makes the recent struggles even more frustrating.

In the eight seasons from 2006-2013, OSU averaged 2,608 rushing yards per season and never collected fewer than 2,000. Not coincidentally, the Cowboys had the likes of Dantrell Savage, Kendall Hunter, Keith Toston and Joseph Randle – four future NFLers – toting the rock.

But the Pokes’ ground game hasn’t gotten on track these past two seasons. OSU ran for a very patriotic 1,776 yards last season and has only managed 1,454 so far this year.

So can the Cowboys beat a very stout Oklahoma defense with no run game and a banged-up quarterback in Mason Rudolph?

If that’s gonna happen, the Pokes’ offensive linemen are going to have to play their best game of the season. Rudolph’s ankle won’t be 100 percent, so it’s crucial that he has a pocket to throw from and time to find his receivers.

Speaking of his receivers, not many teams in the country have a better group than Oklahoma State. James Washington leads the pack with 908 yards and nine touchdowns. Washington is a terrific deep threat, averaging better than 20 yards per catch this season.  David Glidden leads the Pokes with 50 receptions and it just seems like he’s always open. Marcell Ateman is the third threat of OSU’s dynamic trio. Ateman is second on the team with five touchdowns and third in catches (38) and yards (673). Keep an eye on Brandon Sheperd and Jhajuan Seales on some downfield routes as well.

As good as that group is, this’ll be their toughest test of the year. That’s because OU’s secondary has a couple of big playmakers in Jordan Thomas and Zack Sanchez. Sanchez leads the Sooners with six interceptions and is just two behind the national leader, Iowa’s Desmond King. Oklahoma was able to beat Baylor in part because Thomas and Sanchez were able to stick with the Bears’ elite receivers long enough for the Sooner pass rush to get to quarterback Jarrett Stidham.

And that pass rush is no joke. Eric Striker, Charles Tapper and Charles Walker have combined for 20.5 sacks this season. OU doesn’t have anyone with the talent of OSU’s Emmanuel Ogbah, but the Sooners come in waves.

The one wrinkle that the Sooner D will have to prepare for is OSU’s backup QB, J.W. Walsh. Walsh is quietly putting together one of the most efficient seasons by any player in college football. The senior has been utilized often by the coaching staff as a change-of-pace QB, most often around the goal line. Walsh has thrown just 29 times this season, but 11 have gone for touchdowns. Walsh has also run for 235 yards and 11 scores. And perhaps most importantly, he hasn’t turned the ball over.

Overall, it’s going to take an A game from OSU’s offense to get the job done. With Rudolph limited, expect even more of the Walsh package.