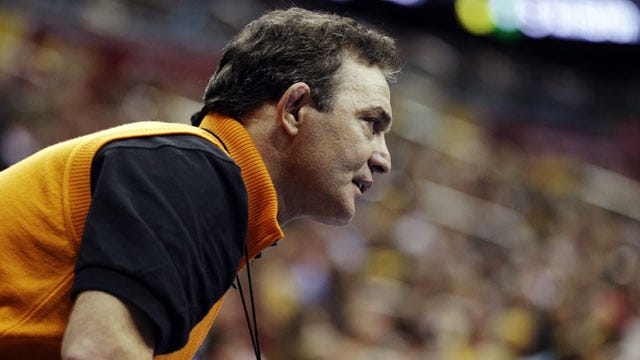 No. 7 Oklahoma State wrestling is back in the win column after huge day from the Cowboys, who produced six bonus-point wins over the Sooners, highlighted by a fall from true freshman Kaid Brock over defending NCAA champ Cody Brewer.

The Cowboys gave up just two takedowns on the day and won nine of the ten bouts.

Brock made a statement in his varsity debut, taking on No. 2 Brewer and notching a takedown within the first 15 seconds. Brewer, a senior, escaped and was on the attack, but a fearless Brock put the Sooner to his back to get the fall in 42 seconds.

“It was exciting to get out there. I’ve been working my whole life to wrestle for OSU,” Brock said. “I felt great about the match. I came out strong. I came out to win; it didn’t matter who I was wrestling. I just wanted to wrestle.”

The Cowboys went on to win the next four matches with bonus-points.

At 141 pounds, No. 1 Dean Heil earned a 13-3 major decision over Trae Blackwell and improved to 5-0 in his all-time series against the Sooner. Heil is now 8-0 on the season with four bonus-point victories.

Redshirt freshman Jonce Blaylock also stepped into the lineup for the Cowboys for the first time, wrestling at 149 pounds. Blaylock, too, had a strong showing as he knocked off No. 16 Davion Jeffries with a 10-2 major decision.

Chance Marsteller picked up his sixth win of the season and second dual win, earning a technical fall over OU’s Brock Wingbermuehle, 16-1. The two battled closely in the first and second period, but an incredible effort by Marsteller saw him score 14 points in the third period with a reversal and three four-point nearfalls.

“The chemistry on the team has really grown,” Marsteller said. “We didn’t just get a spark out of Kaid Brock, we got it out of the room. There’s been a lot of support this week. Whenever someone is struggling, you see other people trying to help them out and get better. I think that made all the difference with today’s match.”

Two-time national champion Alex Dieringer did not disappoint with his major decision victory over No. 11 Clark Glass, extending his win streak to 57 and putting him at seventh all-time in OSU win streaks. Dieringer holds an 8-0 record on the season.

The final bonus points for the Pokes came at 184 pounds from Nolan Boyd. Boyd faced Andrew Dixon, who he piled the points on, defeating the Sooner with a 17-2 technical fall.

Eddie Klimara (125), Kyle Crutchmer (174) and Austin Marsden (285) each won their matches to help lift the Cowboys over the Sooners.

The Sooners picked up a win at 197 pounds to give them their lone victory of the day.

Oklahoma State is back in action next weekend as the Pokes make their way to Laramie, Wyo., to take on Wyoming on Dec. 18 at 7 p.m.