Thunder End 2015 On High Note With Win Over Suns 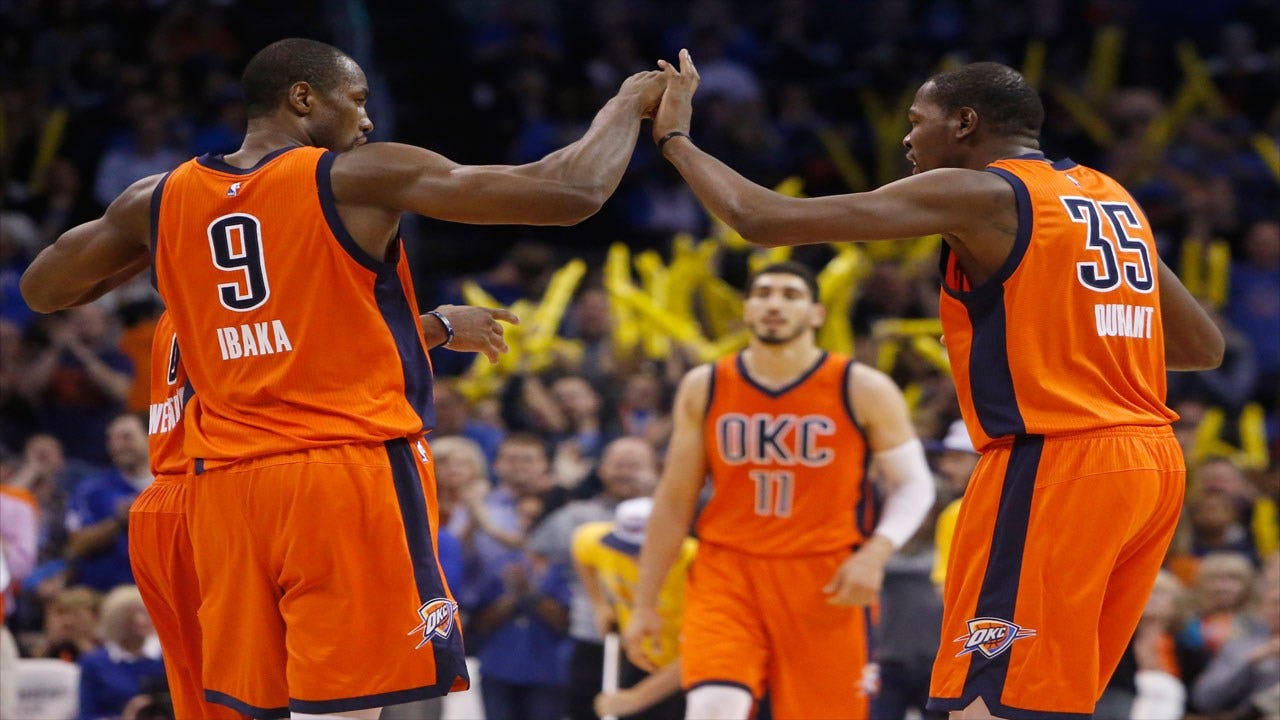 An overall up and down performance turned out to be a positive one for the Thunder, as they pulled out a 110-106 win over the Suns on New Year’s Eve.

Suns Center Tyson Chandler made a layup to tie the game at 102-102 with 1:34 left in the game,  but Kevin Durant was able to respond with a clutch elbow jumper to give the Thunder a two-point lead, then flushed home a dunk with 31.7 seconds left to extend the OKC lead to four points.

Russell Westbrook was able to ice the game by sinking a few late-game free-throws as the Thunder were able to end 2015 on a high-note.

Westbrook finished the game with 36 points, 12 assists and five steals, while Durant added 23 points of his own. Ibaka scored nine points and grabbed five rebounds, while Kyle Singler had his best game of the season with seven points and four rebounds.

Oklahoma City will start its 2016 slate on Saturday when they travel to Charlotte to play the Hornets at 6 p.m.

Thunder End 2015 On High Note With Win Over Suns