Homeowner Inside As House Exploded In NW OKC 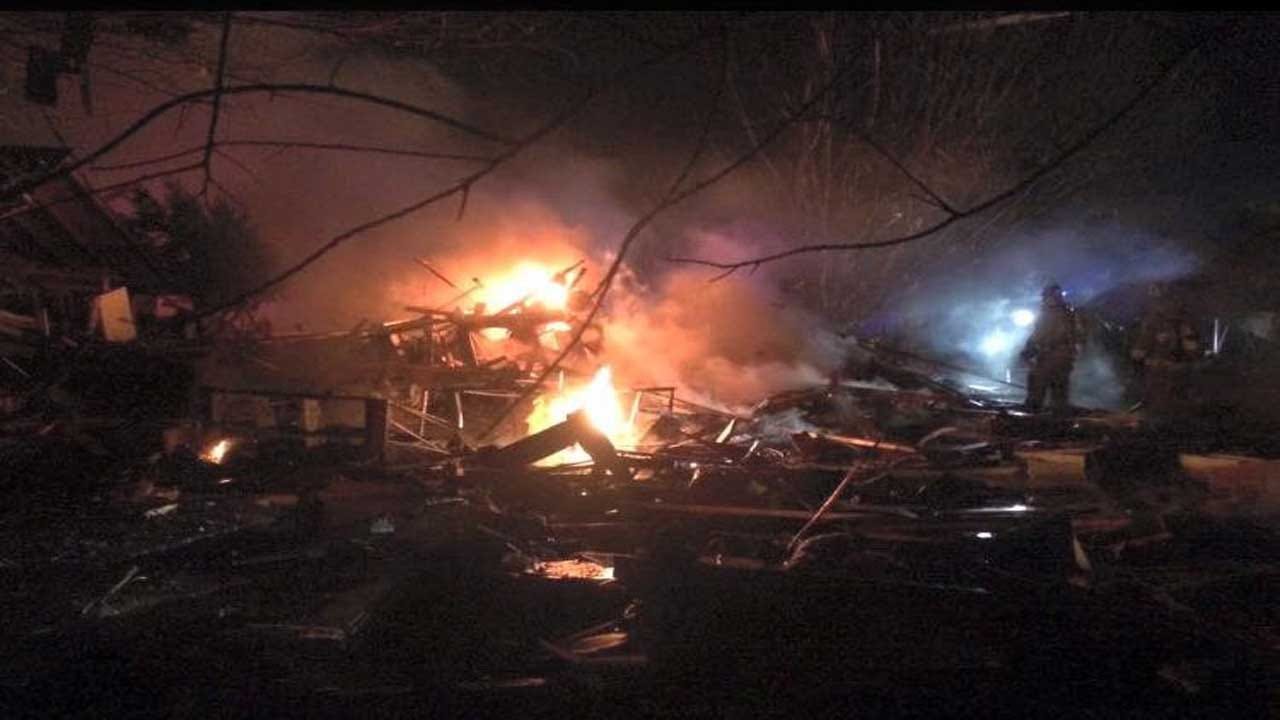 An explosion near 122nd and Rockwell has destroyed at least one home, and someone was inside the house at the time.

The Oklahoma City Fire Department said just after 3:15 a.m., they responded to a reported explosion at 12505 Whispering Hollow Drive.

“We've had reports when this came in that people felt it more than two miles away. So it was a significant explosion,” OCFD Chief Benny Fulkerson said Saturday morning.

Authorities say an ONG crew was working on a gas meter when it caught fire. Crew members were about to evacuate the homeowner when the house exploded. The home has been completely destroyed.

The homeowner told first responders he was blown out of bed. He suffered injuries and burns, and has been transported to a local hospital.

Two others in the area were also transported to the hospital for breathing problems. No word yet on their condition.

OKCFD evacuated eight homes with a total of 24 people.

Two homes adjacent to the original explosion have extensive damage. And numerous homes in the area have soffit hanging, holes in the portions of the exterior, and garage doors pushed in. Vehicles in the street are reported to have glass damage.

“I got some windows busted out. The doors look like they've been kicked in, garage door,” Neighbor Michael Palmer said. “Everything that was in the attic above the garage is now on the garage floor.”

Palmer lives across the street from the now destroyed house. He said it wasn’t the blast that woke him, but his pictures being knocked off the walls. Palmer said he rushed to what was left of a broken window and saw his neighbor’s house burning.

Neighbors claimed they smelled gas on Friday and ONG crews had been checking for the source. News 9 reached out to ONG but had not received a response to back up those claims.