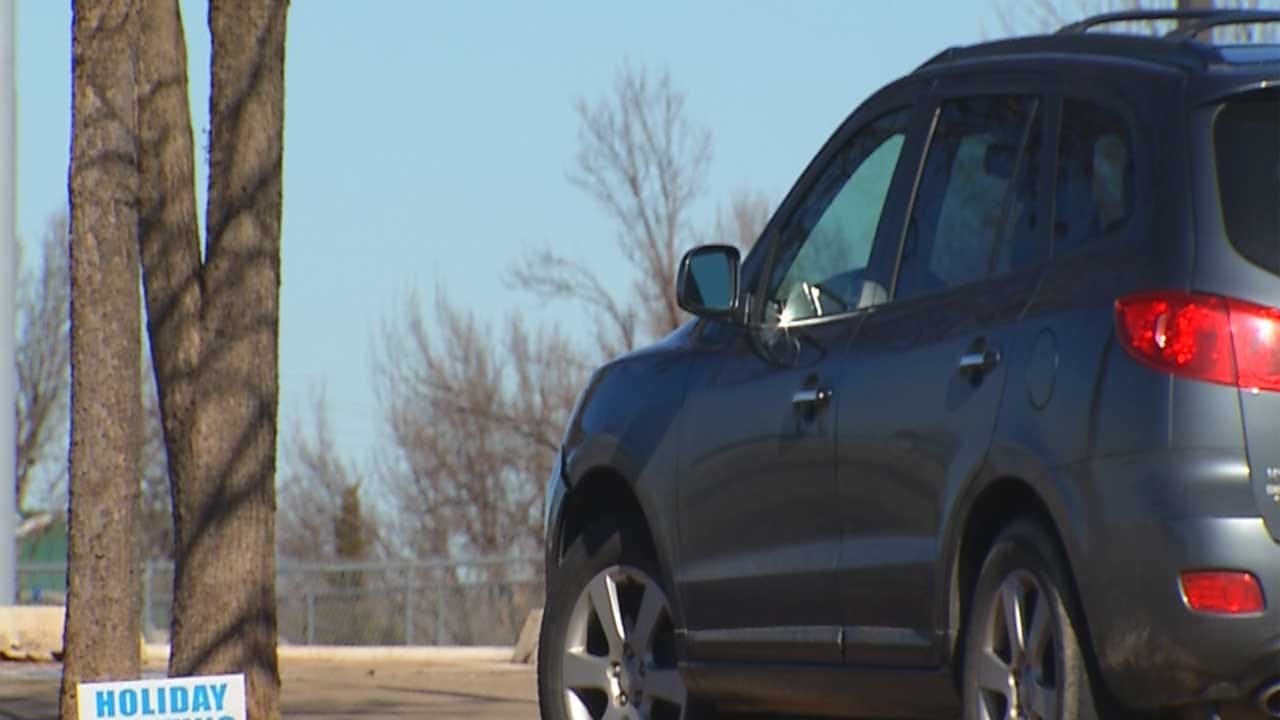 Police in Edmond respond to a rash of car burglaries, many in broad daylight. The latest hit happened at Mitch Park, where many families enjoy afternoons at the playground and ice skating rink.

“I never would have assumed that it was an unsafe place,” said Erin Engelke, an Edmond mother.

Engelke said she visits Mitch Park all the time with her kids and on New Year's Day, took them ice skating.

“When you're out ice skating, you don't want to bring along a big old purse or whatever along with you,” she said.

So she hid her Michael Kors purse under a jacket in the front seat of her SUV.

“There were a lot of cars out here on New Year’s Day, lots of families coming and going,” she said. “I could actually see my Suburban from the ice skating rink.”

However, she didn’t see the thief who approach her SUV, bust out her passenger side window and steal her purse. Engelke’s friend was also hit while at the park, after she put her purse in her trunk. The women believe they were being watched the whole time.

“I think more than anything the feeling of being violated is the worse feeling of it all because all of the rest of it can be replaced,” Engelke said.

Edmond police said it's an ongoing problem, thieves hanging out in high traffic areas, watching and waiting to smash and grab. They said they’ve responded to multiple break-ins at Mitch Park over New Year’s weekend.

“I honestly was traumatized it was very scary because my initial thought was ‘are they still here? Are they watching me?’” she said.

For Engelke, though, there is a happy ending. She got a message on Facebook from a woman who found her purse along Memorial Road near Martin Nature Park in northwest Oklahoma City.

“It was unbelievable; I never ever thought I would see any of it again,” she said. “To some extent it renews my faith in mankind that there are good people out there.”

Everything was still inside her purse, except a couple of bucks and some change.

“It was very obvious they were in it for the cash and they left empty-handed,” she said.

Edmond police has stepped up patrols at the park but say it's best to not leave any valuables inside your car at any time.