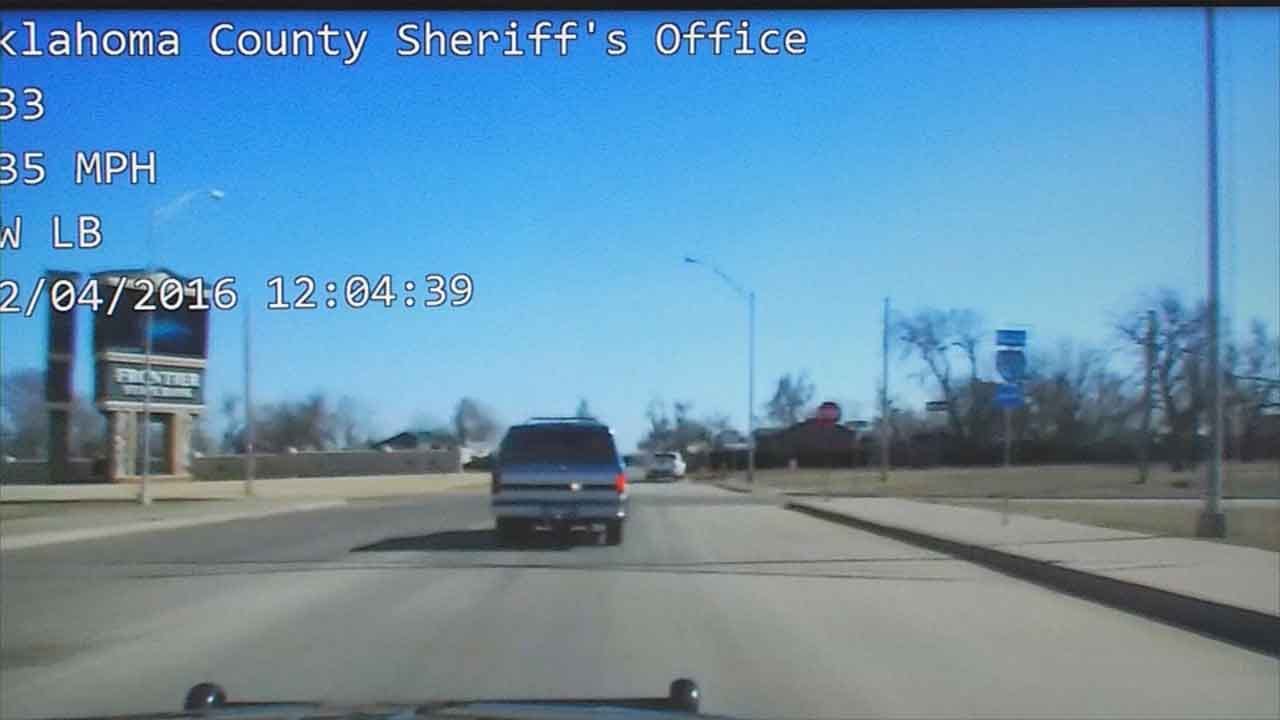 Dash-cam video from inside a deputy's cruiser shows a wild chase started in southwest Oklahoma City and zig-zagged through fields and into oncoming traffic.

It started near SW 44th and I-35 when a man passed by an Oklahoma County deputy, and he wasn't wearing his seatbelt. Little did the deputy know at the time that there was a whole lot more going on inside that truck than he realized.

“They refused to stop and actually drove through a field at one point getting back on the access road going southbound,” Oklahoma County Sheriff’s Office spokesperson Mark Opgrande said.

Three people were inside the truck. Behind the wheel was Brett Gambino, who is wanted in Arizona for drug charges. Police say the truck is stolen from Colorado. And Gambino was driving it like he stole it by refusing to pull over for the authorities.

“He went across the freeway, went through another field,” Opgrande said.

He then exited at Grand Avenue, and, once again, hit an access road before tearing through a Sonic parking lot.

“He went through a Sonic parking lot,” Opgrande said. “He turned around and then began to drive southbound on that same access road.”

At this point, deputies zeroed in on Gambino before somebody was hurt or killed, and hit the back of the truck using a TVI or tactical vehicle intervention. The truck spun, but managed to barrel through another field and keep going. By this point the tires were shredded.

The deputy moves in again and the truck finally spins to a stop. Inside with Gambino were two other passengers, Latricia Wilson and Shanon Eaves. Despite all that happened during this joyride, authorities say Gambino never broke the speed limit.

“They were maybe hoping that we would just decide to stop and just disappear which is not the case in this,” Opgrande said.

All three were arrested. Gambino was booked into jail for eluding an officer and the other two for possession of drugs and paraphernalia.