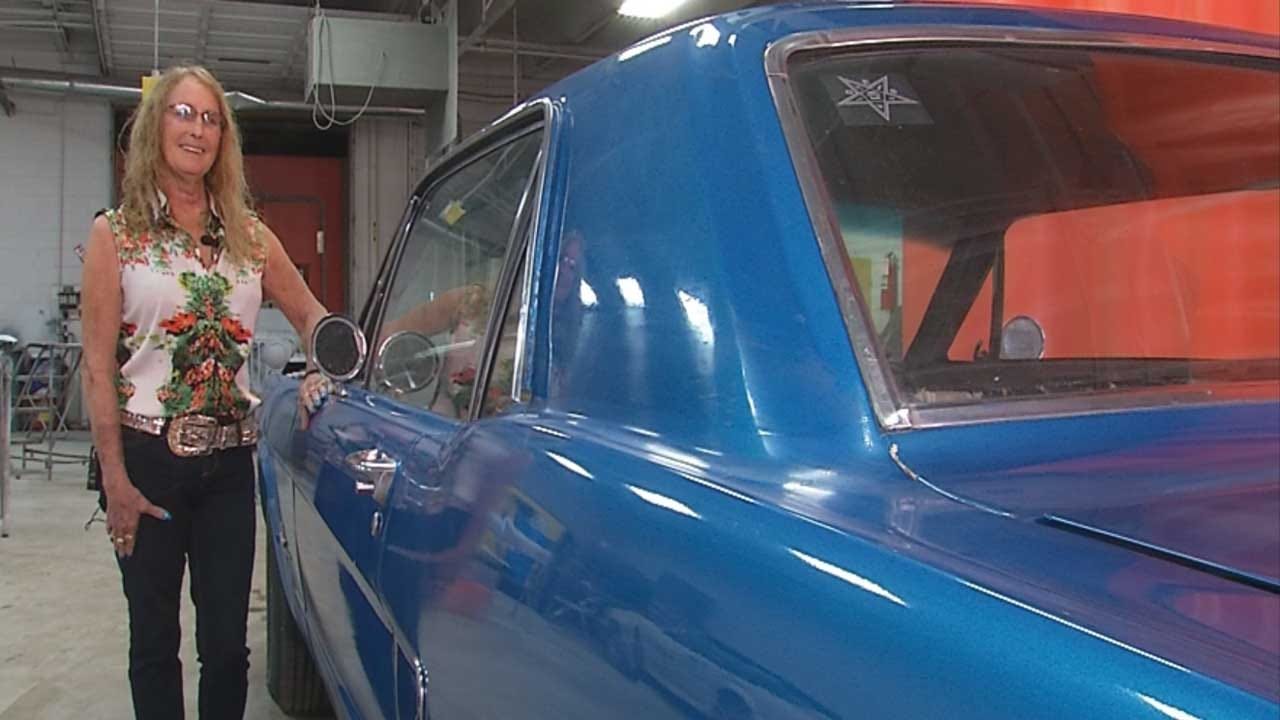 She has driven Mustangs since she graduated from high school in 1968, owning a total of four.  This last one though, was tough.

“It was a mess,” said Shirley.

She bought it from a Maysville family six years ago. She then turned to Randy Harwell to help restore the powerful Ford to its past glory.

“How many Shirley’s are there out there? Uh, I hope just one,” laughed Harwell.

“Yeah, I did a lot of work on this baby,” said Shirley.

She learned how to prime, to paint, and to weld.

The car’s interior still needs a lot of work but don’t doubt Shirley.