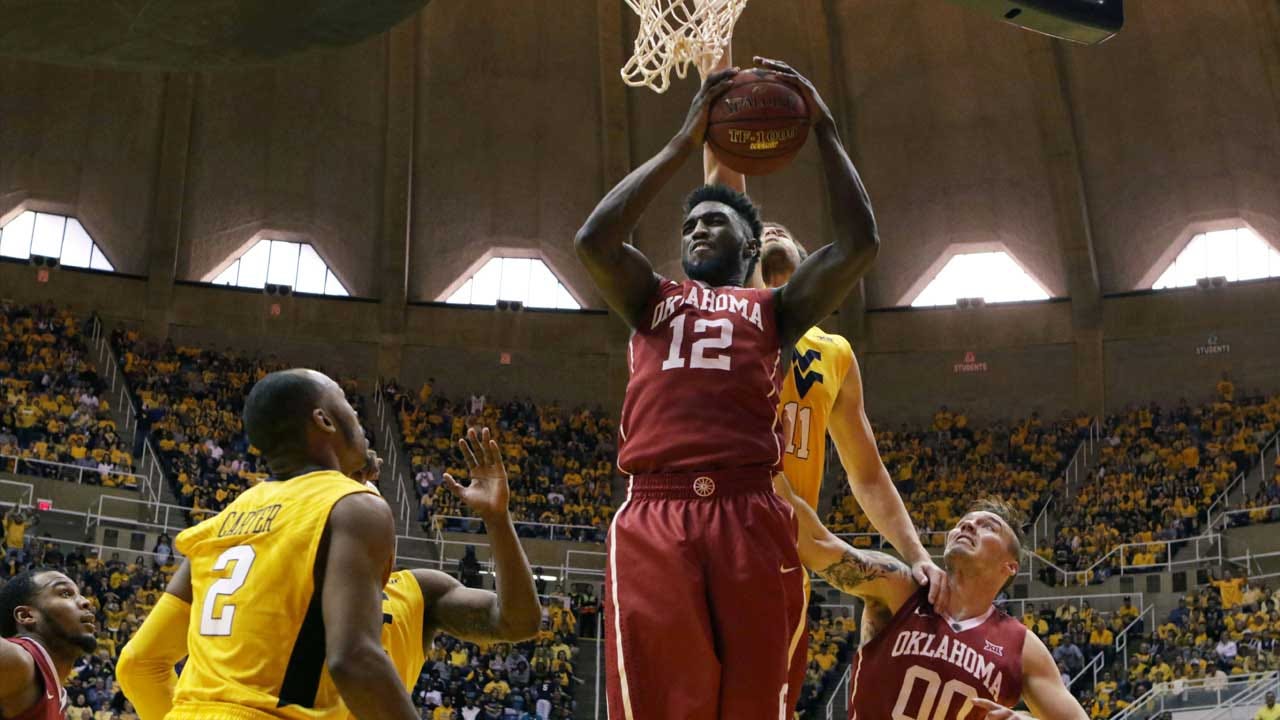 Splitting games at Texas Tech and West Virginia was not surprising. What was shocking is which games they won and lost. And maybe that’s not such a bad thing.

Despite the recent slump, the Sooners’ strength of schedule and 6-3 record against ranked teams has them clinging to a 1-seed. And with four games to play, they sit  two games back of Kansas in the Big 12 title chase.

Challenged in practice, OU responded by being sound and scrappy defensively and coming up with ten steals by half. Also, they held West Virginia to 33 percent shooting and out-rebounding by 11 a team that has a staggering plus-9 per game rebounding advantage.

The Sooners got some much-needed production inside. And yes, it was Khadeem Lattin who made the difference — the same feller who has wallowed around unproductively the past few weeks. After dissolving recently into a non-factor, the super-athletic sophomore had 5 of his 6 blocked shots in the first 6 minutes, scored 9 points, 13 rebounds and came up with 3 steals. Lon Kruger challenged Lattin afterwards telling the sophomore that he’s capable of this every game.

In 64 combined minutes, guards Isaiah Cousins and Jordan Woodard combined for 11 assists and just 1 turnover against Press Virginia’s hounding pressure. At times, Buddy Hield once again came up soft against the in-your-face defense. But Hield delivered 5 threes and his clutch 29 points sealed the deal.

As disappointing as Wednesday’s loss was in Lubbock, the 14-point road win over a 10th-ranked team that defends like crazy was impressive, and much-needed. And it was their most important win.