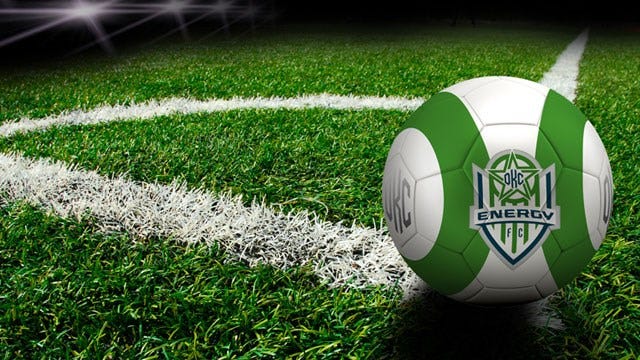 Atiba Harris scored in the 5th minute of play and Timo Pitter added another goal in the 14th minute to lift MLS side, FC Dallas, to a 2-1 win over Energy FC Saturday night at Taft Stadium in front of a sellout crowd of 7,075.

The sell-out was Energy FC’s fourth in its last five matches at Taft Stadium, dating back to Aug. 29, 2015.

Following an OKC turnover in its defensive half, Harris scored on a shot from the edge of the penalty box off a pass from forward Tesho Akindele.

In the 14th minute of play, after a collective move, Mauro Rosales delivered a cross from the right that Pitter shot from the inside right foot, past Laurendi and into the bottom-right corner of the Energy FC net.

Energy FC narrowed the deficit to a single goal on a pass in the back of the FC Dallas defensive line, allowing midfielder Michael Byskov to finish and score the first goal of his Energy FC career in the 27th minute.

OKC, now 2-2 in preseason, faces FC Dallas once again on March 6 at Toyota Stadium in Frisco, TX. Energy FC will take on FC Dallas’s reserves immediately following FC Dallas’s MLS season opening match against Philadelphia Union. Tickets to the doubleheader can be purchased by visiting FCDallas.com or by calling (888) FCD-GOAL.