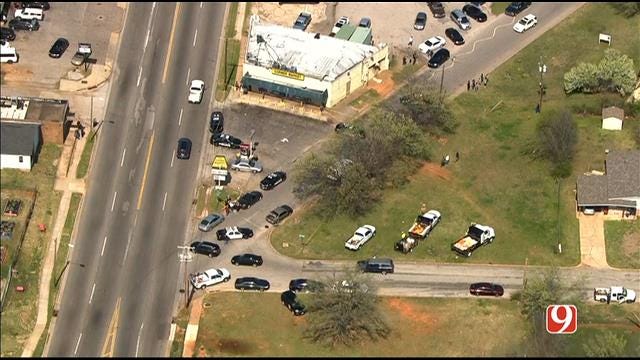 Police are on the scene of a homicide in northeast Oklahoma City, Friday afternoon.

According to police, officers are investigating a shooting that left one person dead at the Corner Market, located at N.E. 16th and MLK.

Police said the suspect and the victim had gotten into an argument inside the store. The argument continued when the two went outside to the parking lot. That's when the suspect pulled out a gun and shot the victim.

The victim was pronounced dead at the hospital. Police said the suspect fled the scene in a vehicle. Police do not have a description of the suspect or the vehicle at this time.

No arrests have been made. Stay with us for updates.

This is Oklahoma City's 16th homicide of 2016, according to police.