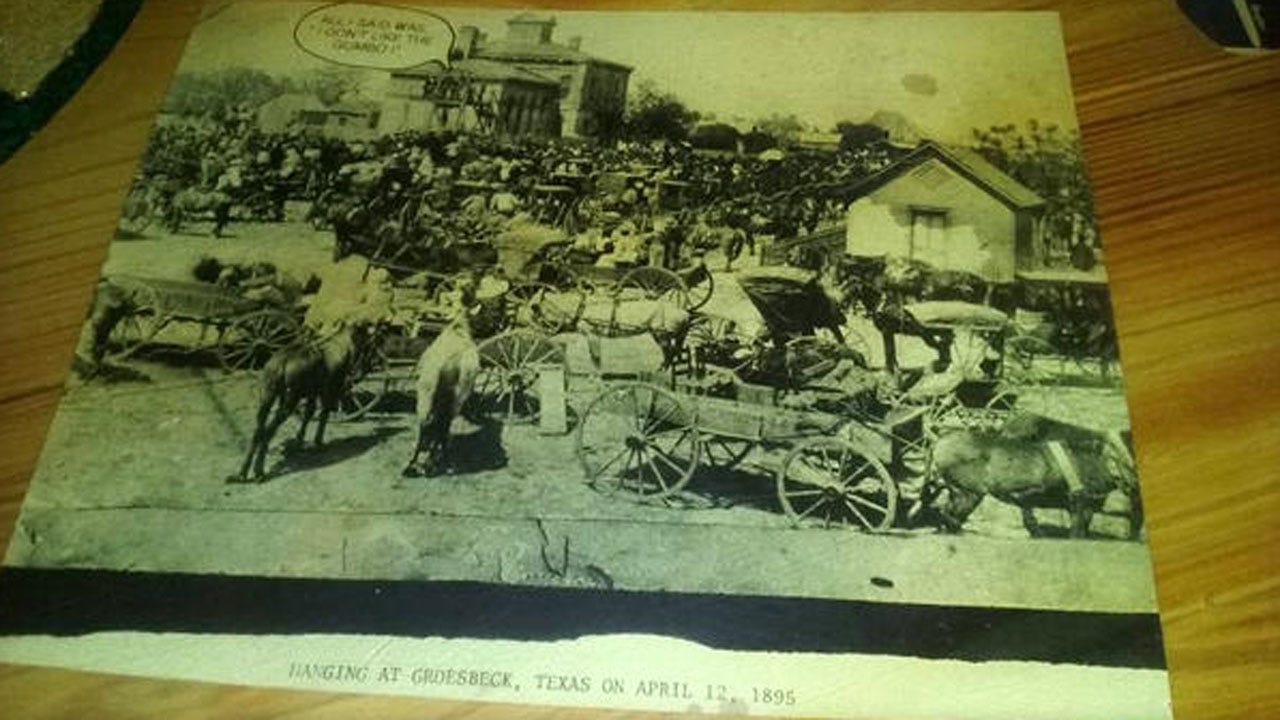 The Minneapolis NAACP is calling for action after allegations of racism at a Twin Cities restaurant, CBS station WCCO-TV reports.

The organization's leaders say two African-American diners -- Tyrone Williams and Chauntyll Allen -- sat down for a meal at Joe's Crab Shack in Roseville Wednesday when they discovered a disturbing image embedded inside a decorative table at the restaurant.

The diners, according to the NAACP, found a picture that depicted two black men being hanged, surrounded by a white crowd, with the caption next to one of the victims that read, "All I said was that I didn't like the gumbo."

Doing some quick research at their table, the NAACP says the diners discovered that the picture was authentic and depicted a real hanging from Texas in 1896. They notified the manager, who the NAACP says was apologetic.

"Me and Chauntyll, we just felt sick and confused," Williams said. "It was just sickening."

Allen said the restaurant manager told her this may not be an isolated incident.

In response, the NAACP is demanding a public apology from the corporate offices of the restaurant, immediate removal of any similar pictures in tables at restaurants around the country and a donation to a local community-based organization that serves African-American youth and teenagers.