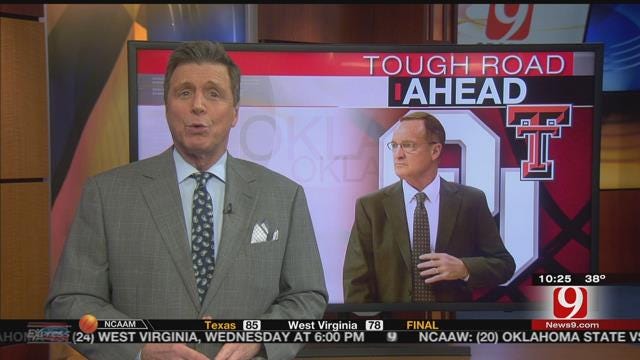 Some Day 1 fireworks from the NCAA Tournament at Chesapeake Arena. Aly Ahmed is the leader of No. 15 seed Cal State Bakersfield, which meets the No. 2 seed Oklahoma Sooners in Round 1 Friday at 3pm.

Ahmed is the the Roadrunners best player; a confident 6-9 Egyptian who leads a balanced team that has all five starters averaging in double figures. He’s apparently confident of upsetting the Sooners, and clearly not intimidated by the 14-point favorites.

Ahmed described the Sooners as “good, but not great.” Eyebrows were raised in the media room, although any objective reporter knows OU has been both great and good. And frankly, they’ve been rum-dum a couple of times too.

But the point is 15-seed makes headlines when he jumps out and makes a comment like that against the highest seed in Oklahoma City. And being so bold on the home turf of your enemy only adds to the significance.

Here’s an interview I did with Buddy Hield about 20 minutes after he learned of the comments. Safe to say Buddy Love didn’t care for Ahmed’s comments.

For the record, Lon Kruger downplayed the comment, saying kids should think they are going to win. Called it a non-factor. But for us, it’s good for business.