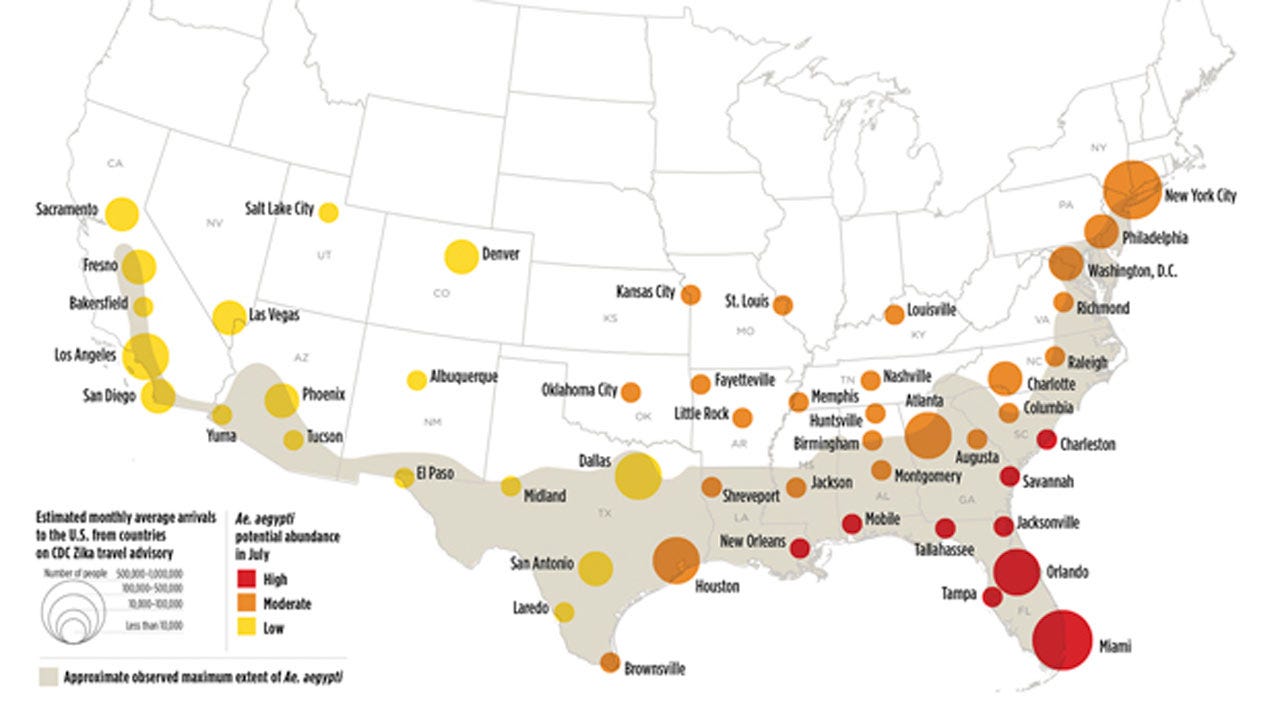 As the warmer months approach, many Americans are concerned about the spread of the Zika Virus.

This is the time of year when we start seeing more and more mosquitoes.  New research says the southeast portion of the country is most at risk.

About 50 cities across the country were pinpointed for potential outbreaks. Oklahoma City is on that list.

Research NASA Marshall Space Flight Center and another agency suggest Oklahoma City is at moderate risk of a Zika outbreak. Now so far, no mosquitoes in Oklahoma have been found to be carriers of Zika, and health officials say a Zika outbreak is unlikely.

One Oklahoman is said to have contracted the virus, but did so while out of the country.

In other cities, Miami and Orlando were at highest risk. Houston was also cited because of its large volume of travelers to affected regions.

Zika linked birth defects and paralysis have many of us on edge. But health experts say don't panic. The living habits of Americans will keep outbreaks of the virus smaller than those in Latin America.