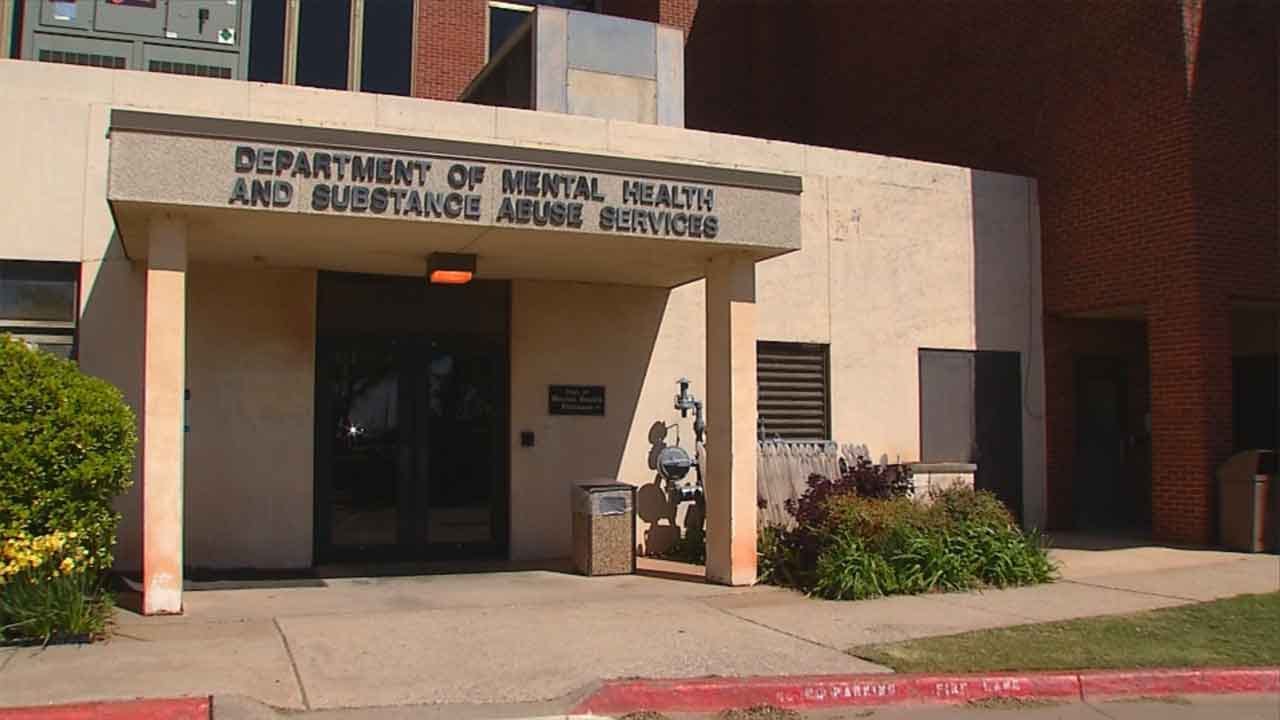 In a somber interview on Friday the head of Oklahoma's mental health and substance abuse services department announced $13 million dollars in budget cuts as a result the state's second budget shortfall. While the latest revenue failure has been difficult for many agencies, the DMHSAS commissioner said the impact on her agency could be life and death.

The department's total cuts amount to $22.8 million, according to a release from the agency. However, the state will also lose federal matching funds too along with the cuts this fiscal year bringing the total loss closer to 40 million.

White said during the first revenue failure, the department administration took the largest hit cutting their costs to 2.4 percent, the lowest of any state agency. According to the department website, DMHSAS provided care to 195,000 Oklahomans last year. But spokesperson Jeff Dismukes said the number of Oklahomans in need of care exceeds 950,000.

DMHSAS mainly provides care through contracts with private providers. Dismukes said the impact on those companies will be large. He added some providers may have even have to shut down.

DMHSAS has been plagued with long wait times and has been forced to turn away those seeking care in recent years. Waiting lists can often be hundreds of names long and admittance to a treatment facility can take months.

White said the agency has been under funded for decades. Currently the state spends $53 per patient. The national average is $120.

“Two out of every three people aren't getting help now and we were just forced to narrow that door even further,” She said.

The department is no stranger to budget cuts. In 2010, the agency saw roughly $30 million in reductions. White said there was an increase in suicides that year and suspects there could be something similar following the cuts this year.

“When we don't provide these services, we're going to see more costly outcomes in terms of the disillusionment in families and possibly the increase in suicides and harm to others,” She said.

“I know it's going to shake our system much more than i can ever imagine,” Heath Hayes said. Hayes is a mental illness survivor and now works for the department, sharing his life’s story in an effort to bring those that need help into treatment.

Hayes said he began battling depression while in middle school. He said he often felt sad and had “dark days.” Later in life he came to realize he was gay and dealt with stress and bouts of depression while coming out. He turned to cocaine to cope and became and addict.

He said he had a supportive family whom helped him find treatment, but he credited DMHSAS with saving his life.

“Treatment services saved my life, without that I wouldn't be here today,” He said.

Both Dismukes and White said it was difficult to say how many people would lose care or be turned away after the cuts, but they estimate 73,000 people will see a reduction in their current care.

A few sources close to budget talks have said there could be other revenue failures still to come before the fiscal year is over. White said if that happens, core programs like the suicide hotline or crisis centers may the next to see cuts.

The cuts could also be felt by other, already embattled agencies according to DMHSAS officials. They specifically focused on the Department of Corrections.

Governor Mary Fallin recently approved $27 million in funds taken from the state’s rainy day account to be given to the DOC to shore up the losses from the 7 percent cut this year. State prisons were among the hardest hit agencies and prison conditions have been publicly criticized by the department’s interim director.

Prison population is currently 23 percent over capacity and White said when mental health facilities close or the mentally ill are turned away they usually end up in the beleaguered criminal justice system, leaving them with few options, if any for treatment.

White also said it would be cheaper for taxpayers for DMHSAS to treat the mentally ill. She said her department spends $2,000 per person on average compared to DOC’s $19,000 to house an inmate.

White did, however, praise the legislature and the Governor’s efforts to aid mental healthcare in Oklahoma this year, but understands funds are sparse. When asked if she asked the governor for rainy day funds, she said they were exploring options. But she did make a plea to lawmakers.

“Please for the sake of Oklahoma families, for the sake of those who need treatment we need make sure treatment is available,” She said. “We have to find a way not to cut mental health and substance abuse services.”