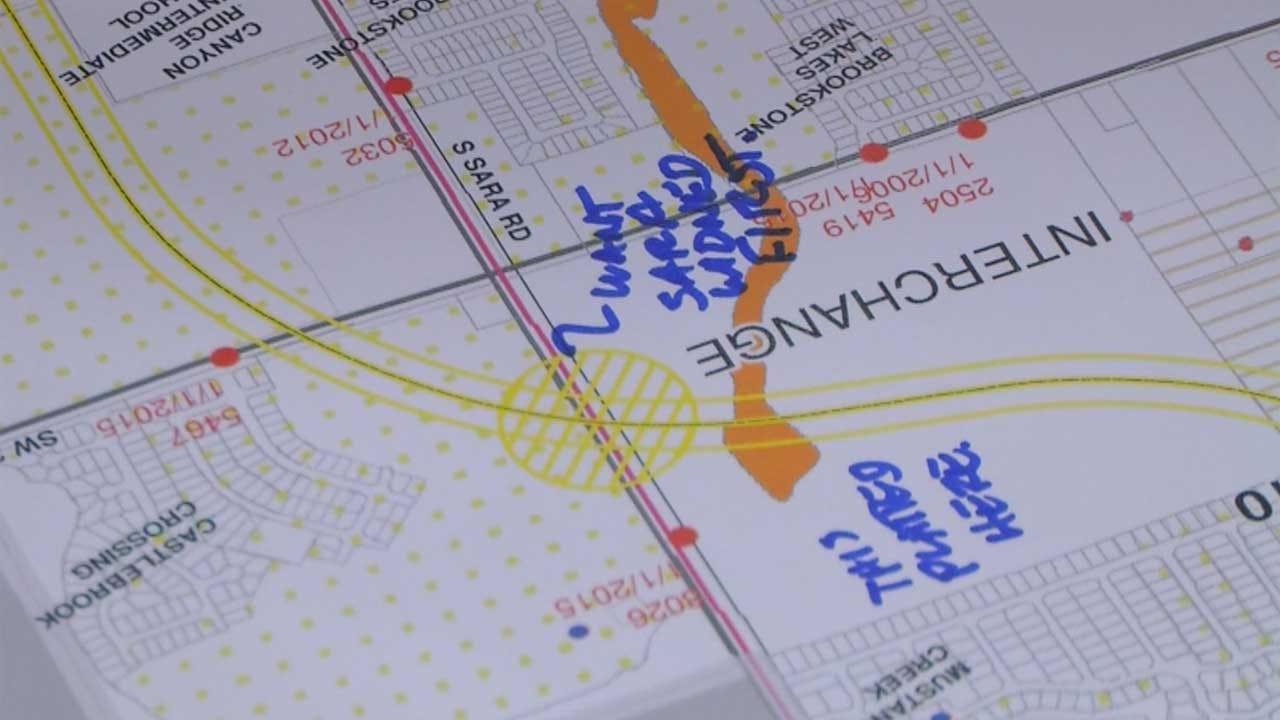 The Turnpike Authority unveiled its preliminary plan for a turnpike expansion in the western part of the Oklahoma City metro area.

The new toll road would connect Interstate 40 to the airport, and unlike its eastern counterpart, it would affect less than 20 homes.

This expansion will help round out the loop Oklahoma Turnpike Authority wants to build around the metro. They said a toll road is needed to alleviate growing traffic problems.

The projected toll road route is now riling up residents on both sides of the county.

Tuesday night, it was western Oklahoma City metro residents' turn to see the plans for the new toll road. Residents seemed to be less vocal about their concerns, but that didn't mean there weren't any.

A hot spot centered around the debate of the projected route is an interchange slated to be built at Sara Road and SW 29, an area already known for its congestion.

Kramer said she thinks OTA's plan will only be a Band-Aid to fix the area's traffic issues.

Engineers noted other concerns from residents at the meeting on that interchange, including one from Doc Whitson who lives near Kramer.

“It does need to be completed, I’m for getting it done. But there is just concern about the interchange where they are putting the on and off ramps,” said Whitson.

Booming development in the area could have OTA purchasing land for the road soon for that area.

“This area is already developed and they see the congestion that's going on here because of all the development that is occurring so quickly out of Mustang and Yukon,” said Jack Damrill, OTA spokesman.

Next month, OTA will present the final alignment. Construction for the entire project is expected to start in about a year.