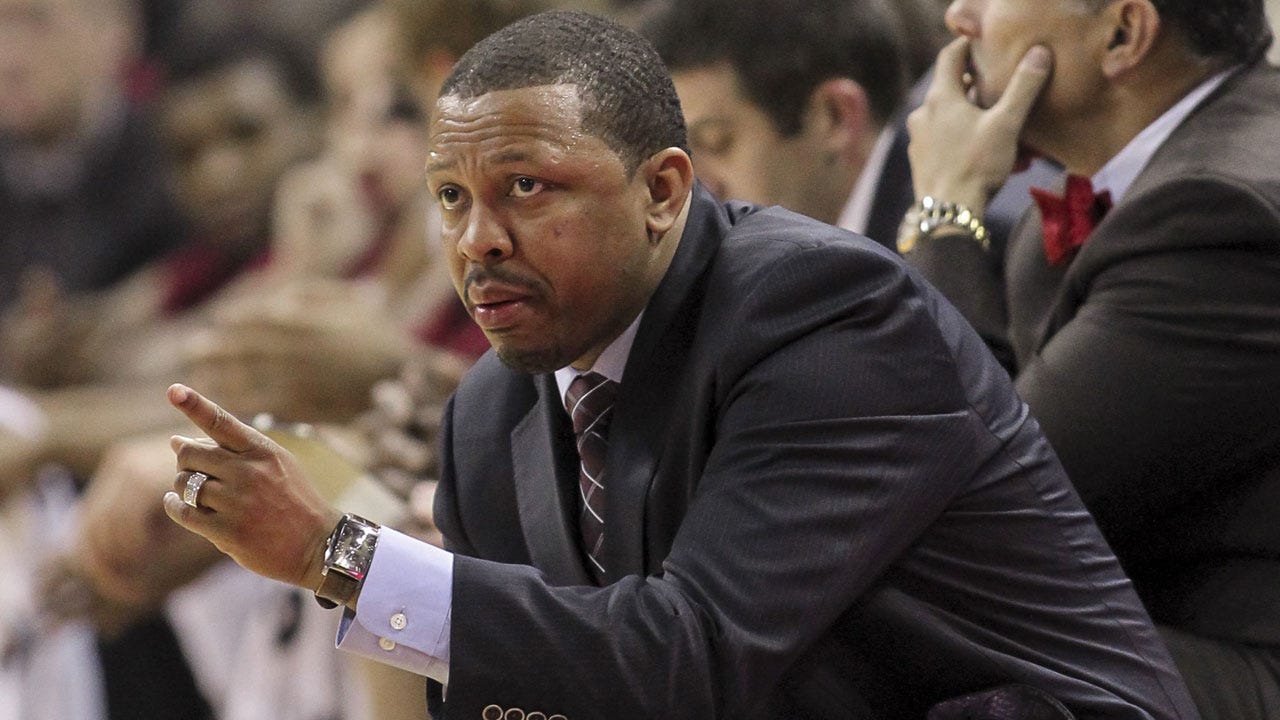 Oklahoma State head basketball coach Brad Underwood has announced the addition of Lamont Evans as an assistant on his Cowboy coaching staff.

Evans spent the previous four seasons helping to rebuild the program at South Carolina, where he served in the same capacity for Gamecocks head coach Frank Martin. Evans and Underwood spent five seasons together on the staffs at Kansas State and South Carolina.

“We’re very fortunate to have Lamont join the Cowboy family,” said Underwood. “I take tremendous comfort with Lamont in terms of who he is and what he stands for. His ability to work and interact with our players is second to none. He has established recruiting ties all over the country, and I consider him one of the top recruiters in the country. There’s no doubt he’ll benefit our program and our student-athletes for years to come.”

Evans has developed a reputation as one of the nation’s most respected recruiters. While at South Carolina, he was instrumental in the signing of Perry “PJ” Dozier, a McDonald’s All-American, as well as top-50 recruit Sindarius Thornwell. In his first season in Colombia, S.C., Evans helped the Gamecocks sign the No. 23 recruiting class in the nation according to ESPN.com in 2013-14.

The 2015-16 season was one of the best in recent memory for South Carolina. Evans helped the Gamecocks post 25 wins and a victory in the NIT after a perfect 15-0 start in non-conference play. USC improved their SEC win total by five over the previous season, and their 11 conference wins were the most at the school since 1998.

Evans and Carolina also excelled in the classroom. Mindaugas Kacinas was named CoSIDA Academic All-District in 2016, and the Gamecocks were the only SEC team to win the 2015 NABC Team Academic Excellence Award. USC posted five consecutive semesters with a team GPA of a 3.0 or above, which helped them bring home three NABC Honors Court accolades, as well as have 12 team members named to the SEC Winter Academic and the SEC First-Year Academic Honor Rolls in his tenure.

Evans helped the Gamecocks to a 17-16 overall record, including six SEC victories and an upset win over  No. 9/9 Iowa State during the 2014-15 campaign. It marked the Gamecocks' first winning record and the most league wins since 2009-10. For the second-straight season, Carolina won four of its final six games, including two victories in the SEC Tournament, advancing to the quarterfinal round.

During Evans' first season on staff, the Gamecocks posted a 14-18 overall record, clinching the Hoops For Hope Classic Tournament crown after going undefeated in the event, which concluded in Puerto Vallarta, Mexico, over the Thanksgiving holiday. South Carolina won four of its final six games in 2013-14, including two SEC Tournament victories, the first wins for the Gamecocks at the event since the 2008 campaign.

“I’m extremely excited to be a part of coach Underwood’s staff at Oklahoma State,” Evans said. “He and I developed such a strong bond in our years working together that I consider him more like a family member. From our time together at K-State and South Carolina, to what he’s done at Stephen F. Austin, coach Underwood has proven to be a winner, and he’s done it the right way. You can’t deny what he’s done as a coach or person. He’s a family man with an incredible work ethic and values, and I’m so excited to be a part of the Cowboy family.”

During his four seasons at Kansas State, Evans helped the Wildcats compile 96 victories - an average of 24 wins per season - and advanced to the postseason each year, with three trips to the NCAA Tournament. The school also received a bye in the Phillips 66 Big 12 Championship in each of his four seasons with the program.

Evans assisted with the development of several players during his time at Kansas State, including All-Americans Denis Clemente and Jacob Pullen.

The 2008-09 squad posted 22 wins and earned an at-large bid to the Postseason NIT, which set the stage for a record-setting season in 2009-10, when the team posted a school-record 29 wins, en route to the program's first NCAA Tournament Elite Eight appearance in over two decades.

Evans, a native of Eleuthera, Bahamas, first came to the United States at the age of five, eventually settling in Deerfield Beach, Fla. He was a standout point guard at Hallandale High School in Hallandale, Fla., where he earned second team Florida Class 5A All-State honors as a junior, before collecting first-team accolades during his senior season in 1995-96.

Evans played his first two years of college basketball at Seminole (Fla.) Junior College in Sanford, Fla., and St. Catharine College in St. Catharine, Ky., before enrolling at Drake in 1999. After a solid season at Seminole during the 1996-97 campaign, when he averaged 19.0 points and 7.1 assists per game, his outstanding play at St. Catharine's during his sophomore season saw him draw Division I scholarship offers. Averaging 16.2 points and an impressive 10.1 assists per game at St. Catharine's, Evans was named the most valuable player of Region VII.

Evans played two seasons at Drake where he earned All-MVC and All-Newcomer Team accolades. He followed his time with the Bulldogs playing seven years professionally around the world. His stops included the U.S. Basketball League (USBL), playing for the Lakeland (Fla.) Blue Ducks, and internationally with teams in Slovenia, Germany, Finland, Belgium and Venezuela. He led teams in Slovenia and Belgium to championships, while he was named one of the top international point guards during his time in Germany.

Evans earned his bachelor's degree in social science from Kansas State in the spring of 2009. Evans and his wife, Ebony, have a son, Lamont Jr.

Tulsa Hair Stylist Gives Back With Free Haircuts During Pandemic

Sawyer Buccy A Tulsa hair stylist is doing something good by giving free haircuts to people who have been struggling throughout the pandemic.

Jonathan Cooper Tulsa Mayor G.T. Bynum is pushing for all Oklahomans, especially those in areas surrounding Tulsa to fill out the census.
View More Stories