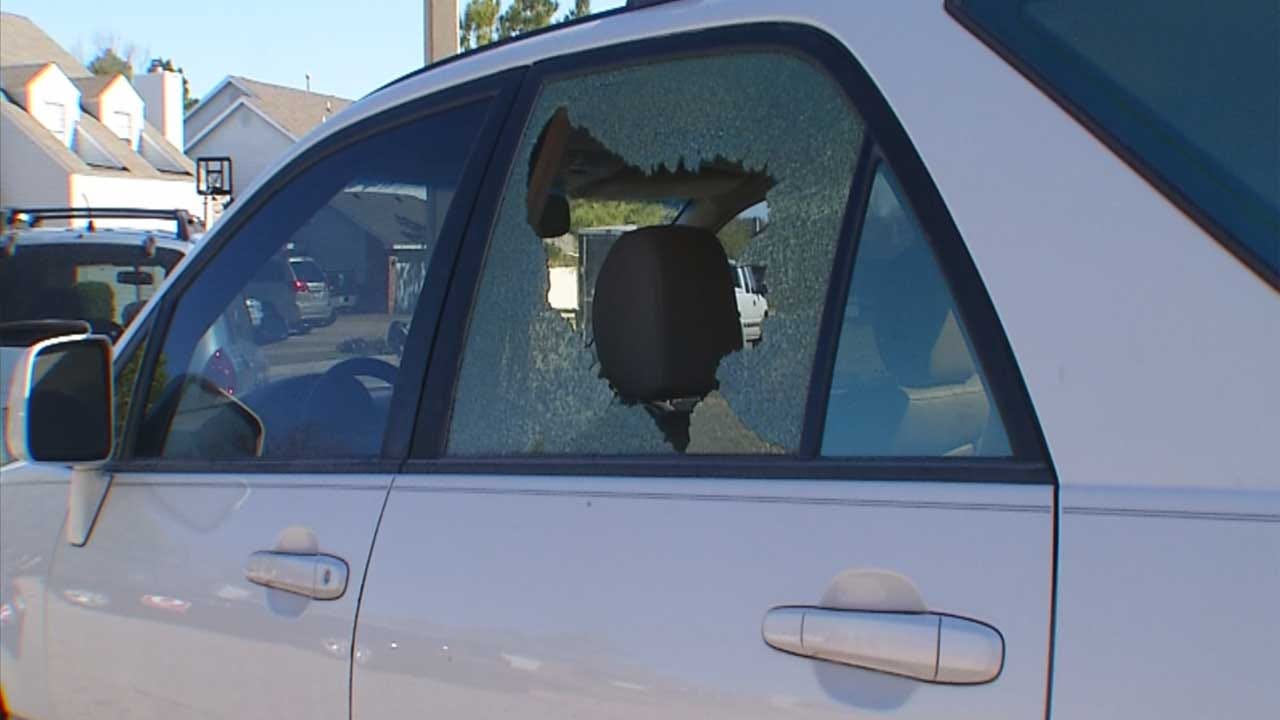 Four teenagers in Norman are facing criminal charges after they confessed to being the ones behind a two-week crime spree.

The teens range in age from 15 to 17 years of age. Police told News 9 these teenagers confessed to throwing a paint grenade and shooting a BB gun at a group of homeless people.

In all, they are being linked to almost 80 cases.

It was back on March 21, that a group of people living along Lamp Post Road woke up to find their car windows smashed out.

Norman police said the path of destruction stretches across the city and that no one neighborhood was specifically targeted.

According to police, between March 6 and March 20, the teens used golf balls, a BB gun, a stop sign and a speed limit sign to shatter windows on nearby cars, homes and businesses.

“We actually had a number of citizens come forward that had some form of surveillance video on their homes,” said Sarah Jensen with the Norman Police Department.

That helped police track down the suspect's car and an anonymous tip led police to the teenagers believed to be behind the destructive crime spree.

“They talked a little bit about it being spring break,” Jensen said. “That they were out of school - but aside from that they were just looking for something to do.”

The teens, who police confirm are students at both Norman North and Norman high schools, also admitted to setting a hay bale and field on fire, as well as stealing kerosene and lighter from Walmart before lighting a parked car on fire.

And despite these being felony crimes, the teenagers are being charged as juveniles and that means their court records are sealed.

Jensen said they never had problems with these teens before.