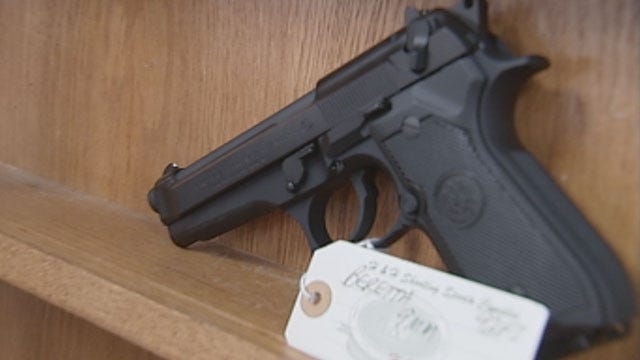 A controversial bill that would allow a person to carry a gun in Oklahoma without training or a permit passed in the Senate, but it’s still a long way from becoming law.

The bill allows for a limited form of constitutional carry.

What that means is that anyone who is over 21 years old and is not a convicted felon would be able to carry a gun as long as the gun can be seen.

The bill does not require people to take any classes, pass a shooting test or hold a permit.

Some senators did have concerns about how police would be able to tell whether a person open carrying is a felon or is mentally competent to carry a gun.

“I know that there are people that have concerns,” said bill author Sen. Nathan Dahm (R) District 33. “We are listening to those concerns. Not trying to downplay those concerns, but 30 other states already have this. (They) don’t have any major incidents because of this.”

The title was stricken from the bill before it was debated, which is a procedural move that forces the bill into conference committee where lawmakers can make changes.

If they make changes, those changes will have to be approved by the House and Senate, starting the whole process over again.