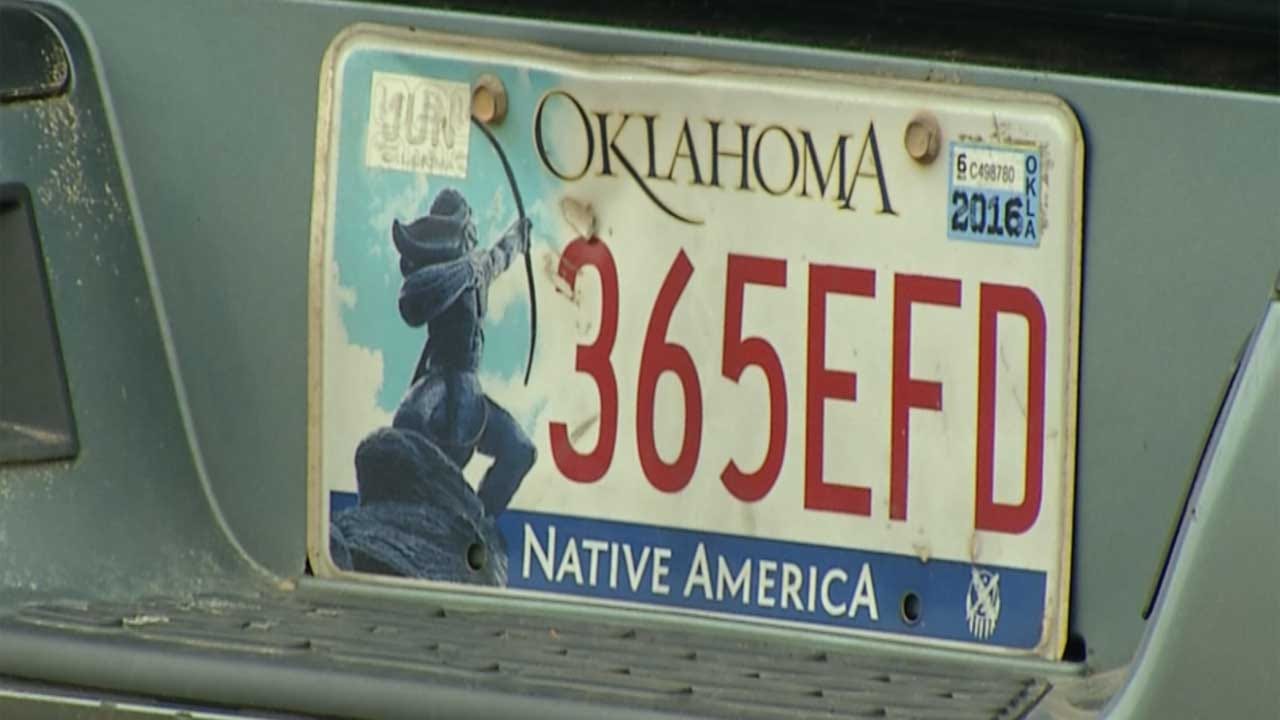 A proposal to reissue Oklahoma license plates is resurfacing in the face of the state’s $1.3 billion shortfall.

According to the Oklahoma Safety Council, a reissue would also mean safety improvements on state roads.

The Department of Public Safety can call for a reissue based on public safety concerns, according to the council. The Tax Commission would then oversees the reissue with the Department of Corrections making the plates.

“I'm not totally sure why we waited this long, but the timing is just really good,” said OSC Executive Director Dave Koeneke said.

The design of the plates would stay the same, but Koeneke said a reissue would mean forcing drivers to get new, improved plates every five years.

Currently, plates are legally allowed to remain on vehicles for seven years, but many become difficult to read after four years of road wear and tear.

Koeneke said the reissued plates would be easier to read potentially aiding in Amber, Silver or the newly-created Blue alerts more effective.

He added they may also help identify vehicles in accidents or hit and runs. They may also aid law enforcement which recently gained the ability to use plate scanners on major highways.

The plates would also be more reflective, something advocates have argued would help drivers see other cars at night or parked and abandoned vehicles on the side of the highway.

Koeneke said the main benefit of a reissue would reduce the uninsured driver rate in the state.

“Once you reissue those, then people who have unregistered vehicles or those with no insurance will have to go down and get insurance,” he said.

According to OSC, 26 percent or roughly 143,000 Oklahoma drivers are behind the wheel without insurance.

By law, motorists must have insurance to legally drive a vehicle.

“That's just a big deal for us, you and me, just personally because we're paying extra premium in uninsured motorist to cover that. I've just always felt compelled on that, not necessarily on the Oklahoma safety side, that's just a personal point of view,” Koeneke said.

In all, the Council estimates the new license plates could add $9 million in revenue. The cost of making the new plates in the first place is still an unknown.

When asked about the proposal, a DPS spokesperson said in a statement,

“A request to change the license tag should not be a hasty decision.  The change of Oklahoma license tags will be expensive and complicated. DPS is and has been very open to discussing this perceived need for a tag change with our law enforcement partners, transportation officials, and the people who would be most affected by this. The most important consideration for DPS is the safety of the citizens of the State of Oklahoma."

Currently, there is no legislation pending nor is there a call for a reissue of plates. Koenke estimated if a reissue were to take place, it could take up to a year before there is a full change over on vehicles.