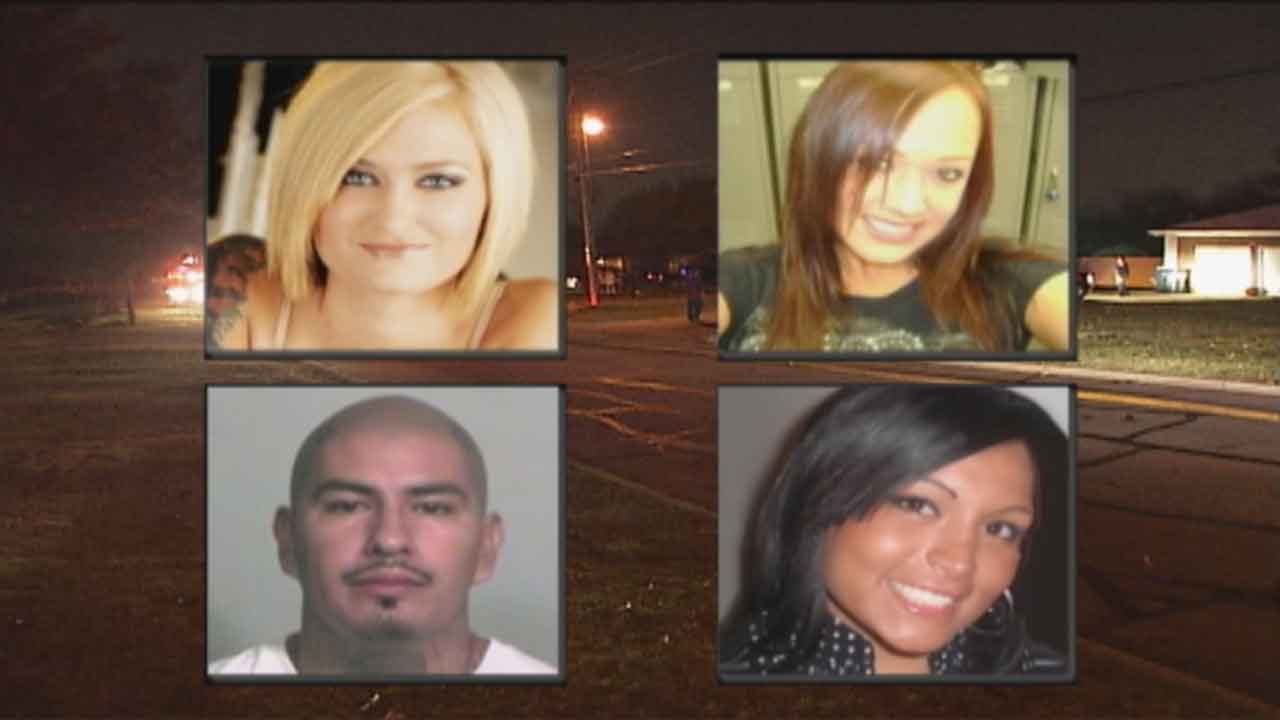 Denny Phillips and Russell Hogshooter are accused of killing a suspected drug dealer and three women in Oklahoma City back in 2009. One of the victims starred on the HBO series "Cathouse."

Two other victims were pregnant. Phillips and Hogshooter have pleaded not guilty.

Hogshooter was arrested back in November 2014, five years after the murders. US Marshals found him in a rural wooded area near Kansas, Okla. He tried to run out of the backdoor of a mobile home but was caught.

Now nearly two years after his arrest, Hogshooter's case is going to trial for the deaths of two unborn children and four people, including former "Cathouse" reality show star Brooke Phillips. She left the Moonlight Bunny Ranch, a legal brothel in Nevada, to come back home to Oklahoma just before her death.

"She went to work for us nearly two years ago and just recently left, because she's pregnant,” ranch owner Dennis Hof said.

Now, seven years later jurors are being selected in the trial against two of the men charged in the case. The judge asked potential jurors questions about their employment, their marital status and what their spouse and grown children did for a living as well as if they have ever served on a jury before.

Prosecutors will not comment on the case, and the defense tells News 9 "Both parties have agreed not to discuss the case...at least until it is over."

Both men could face life in prison, life in prison without parole or the death penalty. The trial could last up to four to six weeks.