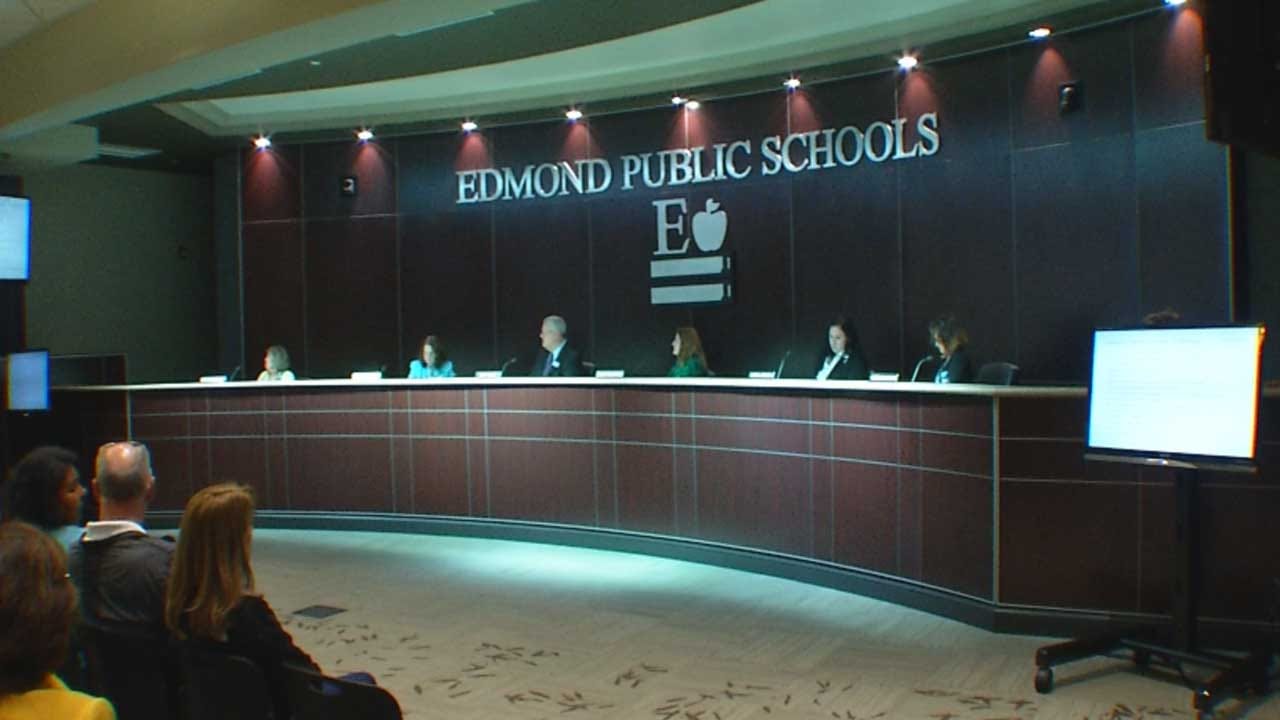 As Edmond Public Schools tries to cope with the state education budget debacle, the superintendent said they worked hard to find ways to save and still protect the students and teachers.

“It would have been much easier to say we’re going to cut 40 or 50 teachers. That’s not how we want to do things,” said Bret Towne after Thursday evening’s meeting.

Board members voted to approve several other savings measures moving them closer to the target of $3.6 million in cuts.

The district did this by trimming operations and technology with district cell phone plans, printer and copier costs, and increasing requirements on parent school supply lists, among other things.

They also nibbled at the edges of the fine arts and athletics budgets and added revenue by raising rental rates to outside groups.

But the biggest chunk of savings for the district was through personnel.

The union gave teachers choices in how they would prefer to see the savings. Would they rather 40 teachers lose their jobs or every teacher loses one day of work and district paid disability? And 60% percent supported the latter, according to district officials.

Towne said the teachers told administration they wanted to try to share the pain and want to have some equal sacrifice.

The superintendent gave credit to his conservative CFO for positioning the district with the comparatively low budget cut number. And he also credited all departments for working together to keep the classroom's integrity.

Towne said there are still about $300,000 worth of savings to identify and the district does not plan on looking at reducing positions to meet that goal.