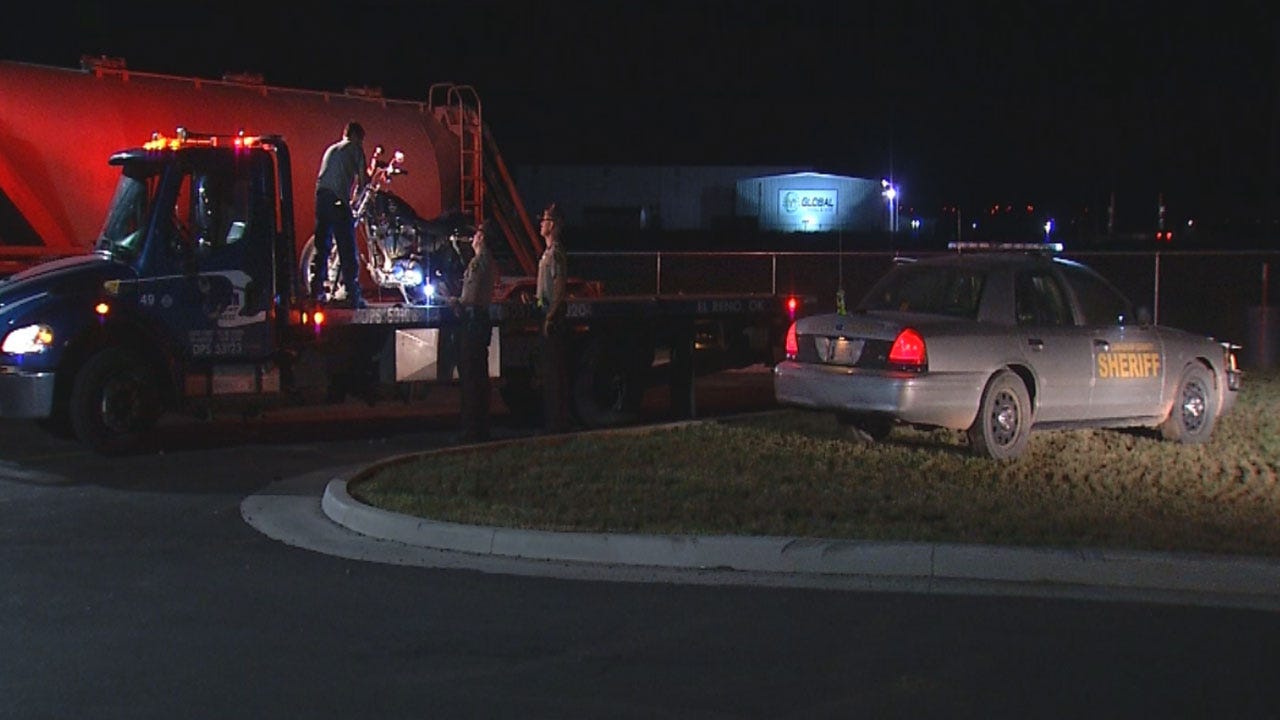 A suspect was arrested after leading authorities on a high-speed chase through Oklahoma and Canadian counties early Wednesday morning.

According to the Canadian County Sheriff’s office, the pursuit began in downtown Oklahoma City, where police officers there spotted the suspect on a stolen motorcycle.

The suspect refused to stop and led law enforcement officers on a chase through Oklahoma City, El Reno, and Union City.

Deputies said the suspect eventually crashed into a fence at Love’s on S.W. 59th and Highway 81 in Union City. He was taken to the Canadian County Jail.

Authorities have not identified the suspect at this time.