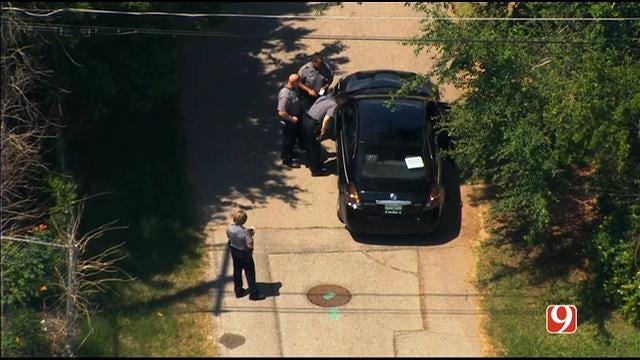 Two people are dead after a reported shooting in a neighborhood on the northeast side of the metro, Monday afternoon.

Officers were called out to reports of a shooting in a neighborhood located near NE 15th St. and N. Highland Dr., near NE 16th St. and Martin Luther King Ave. Once on scene, police located two deceased individuals.

Police confirm a female driver and male passenger were both dead inside a black Nissan when officers arrived at Highland Dr. The male passenger had a visible wound on the back of his head.

Dispatchers got a call about 2:45 p.m. on Monday, reporting that there were two people inside a car on Highland. Officers believe the callers may have more information about the shooting that they are hoping to learn about.

While News 9 was on scene, one person was in the back of a squad car. Police say he is considered a witness and not a suspect. No arrests have been made yet.

Anyone with information about the incident is asked to call Crime Stoppers at 235-7300.

Police have not identified the victims nor have they released any information regarding a suspect or suspects.