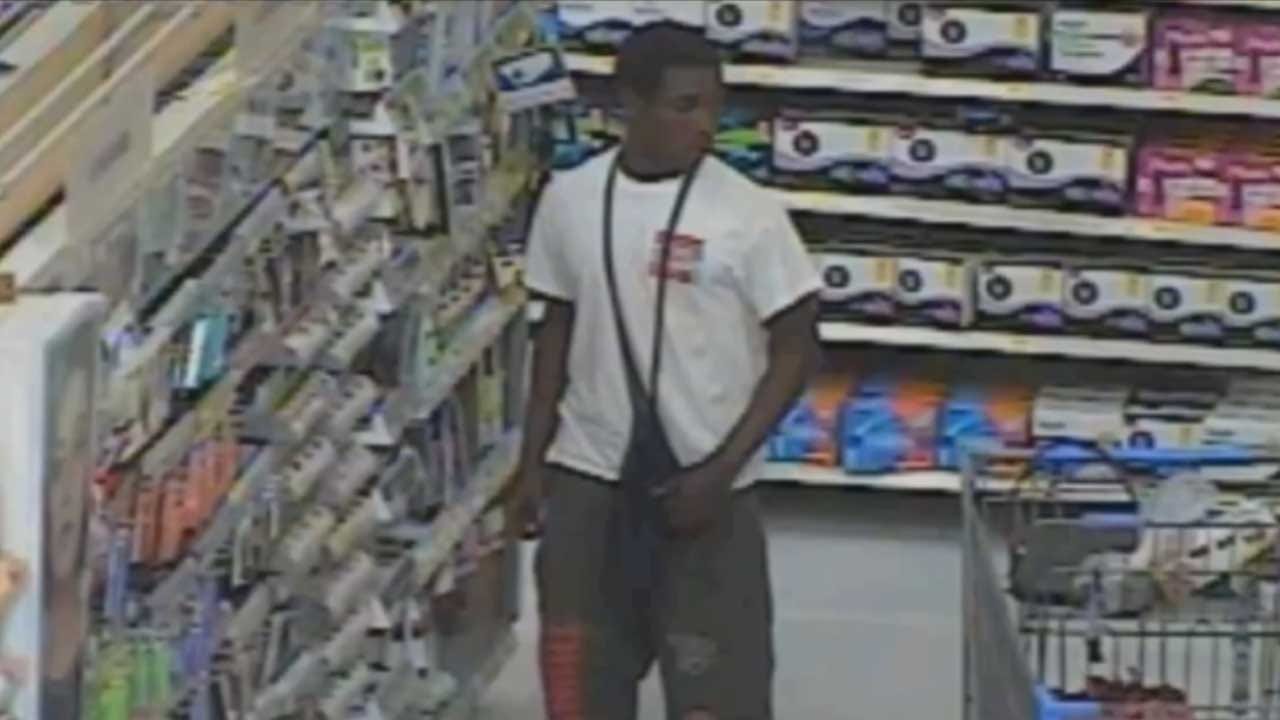 The Oklahoma City Police Department is asking for the public’s help in identifying a suspect who swiped a purse at the Belle Isle Wal-Mart.

Luckily, the security cameras were rolling the entire time the suspect walked through the Belle Isle Walmart approaching several women. Eventually he made his move, taking one woman's purse from her cart.

He doesn't even run away! He went to the next aisle and rummaged through her purse before leaving the store.

Police are hoping you get a good look at this guy. And also say, another suspect was also involved.

A witness did chase both of them into the parking lot, where the purse thief dropped and broke his cell phone.

The suspects got into a red Nissan with Oklahoma Tag 557-LKB.