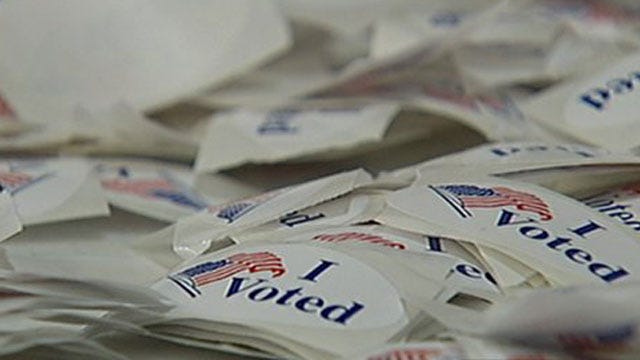 Tuesday is primary election day statewide in Oklahoma, and experts say there may be more enthusiasm at the polls this year.

The Oklahoma County Election Board headquarters was buzzing with last minute preparations on Monday. Precinct officials picked up all the supplies, paperwork and “I voted” stickers for the set up Tuesday morning.

The polls open from 7 a.m. to 7 p.m. across the state. Oklahoma County Election Board Secretary Doug Sanderson said they’ll be ready.

The Oklahoma State Election Board is also preparing by sending out tips and reminder to voters:

Founder of Soonerpoll.com, Bill Shapard, thinks there will be a higher voter turnout for this year’s primaries.

“A lot of polling that we have done early on has shown that people are a lot more angrier. They’re a lot more unhappy with what is going on,” Shapard said.

With a record-setting number of people who filed for candidacy, Shapard expects a busy August after the primaries with incumbent upsets and run-offs.

Click here to get more information about the elections.