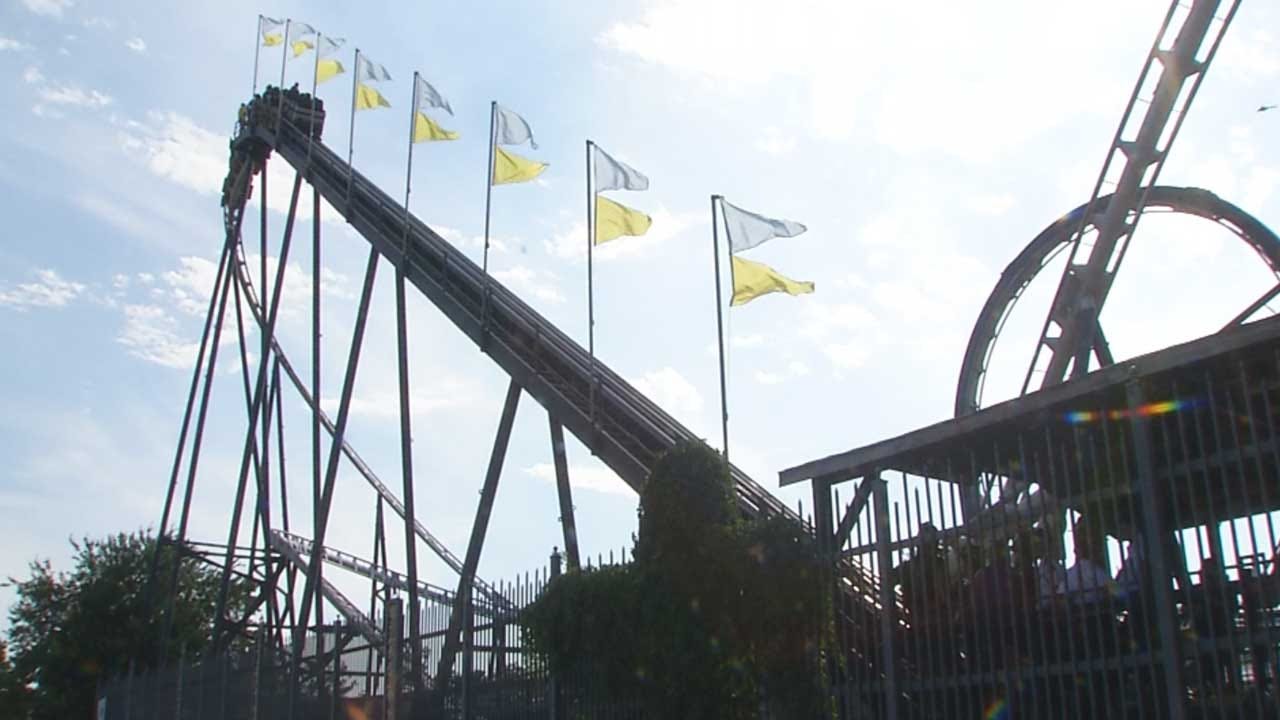 Silver Bullet at Frontier City reopened at 1:30 p.m. on Thursday, after an inspection with the Department of Labor.

Eight people, seven children and one adult, were stuck for an hour on the very top on Wednesday afternoon. The roller coaster is more than 80 feet high.

“No one was hurt. I do think that is an important thing to stress. I mean it’s certainly scary, but there were not injuries,” said Oklahoma Labor Commissioner, Melissa McLawhorn Houston.

She said the safety mechanism worked and the brakes of the Silver Bullet were functioning. Houston assures all amusement rides in Oklahoma are inspected annually, including those at Frontier City.

“Everything worked well in response to the incident, very quick, very efficient response,” Houston commented on the response of Frontier City employees and the firefighters.

This is the third incident the Silver Bullet has had in the last ten years, two of the incidents including Wednesday with passengers on it.

“Because of the location and the altitude and the elevation off the ground, there was some danger involved, but our guys performed perfectly,” said Major Brad Smith with the Oklahoma City Fire Department.

Smith described the harness mechanism they used to safely get the passengers to the back of the train. While it seems challenging, Smith said the roller coaster stopped just close enough to the emergency stairwell so they could walk to riders off one by one. “It was a pretty simple and straightforward rescue for our guys,” said Smith.

News 9 requested documents going back to 2005 on the Silver Bullet. At the time of publication, the Department of Labor sent inspection documents since 2014. Besides some minor fixes, there were “acceptable” marks on the inspections.

After Thursday’s inspection once again, Frontier City confirms the ride is reopened after deemed safe by the Department of Labor.