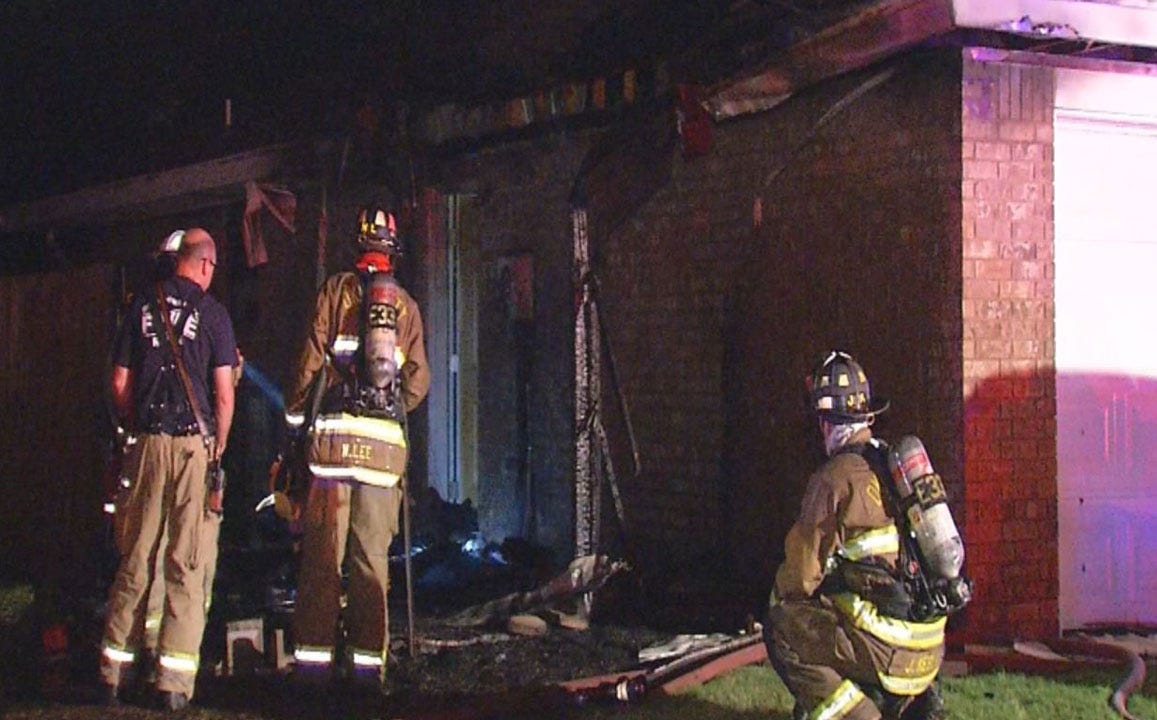 Several people were at a home, located on the 12000 block of Sagamore Drive, when it caught fire.

Firefighters say all residents were able to get out of the burning home.

One person was transported to the hospital.

Investigators say they believe the fire began in a residential dumpster that spread to a privacy fence and then to the home.

The fire resulted in an estimated $90,000 worth of damage, including a PT Cruiser that was in the garage.