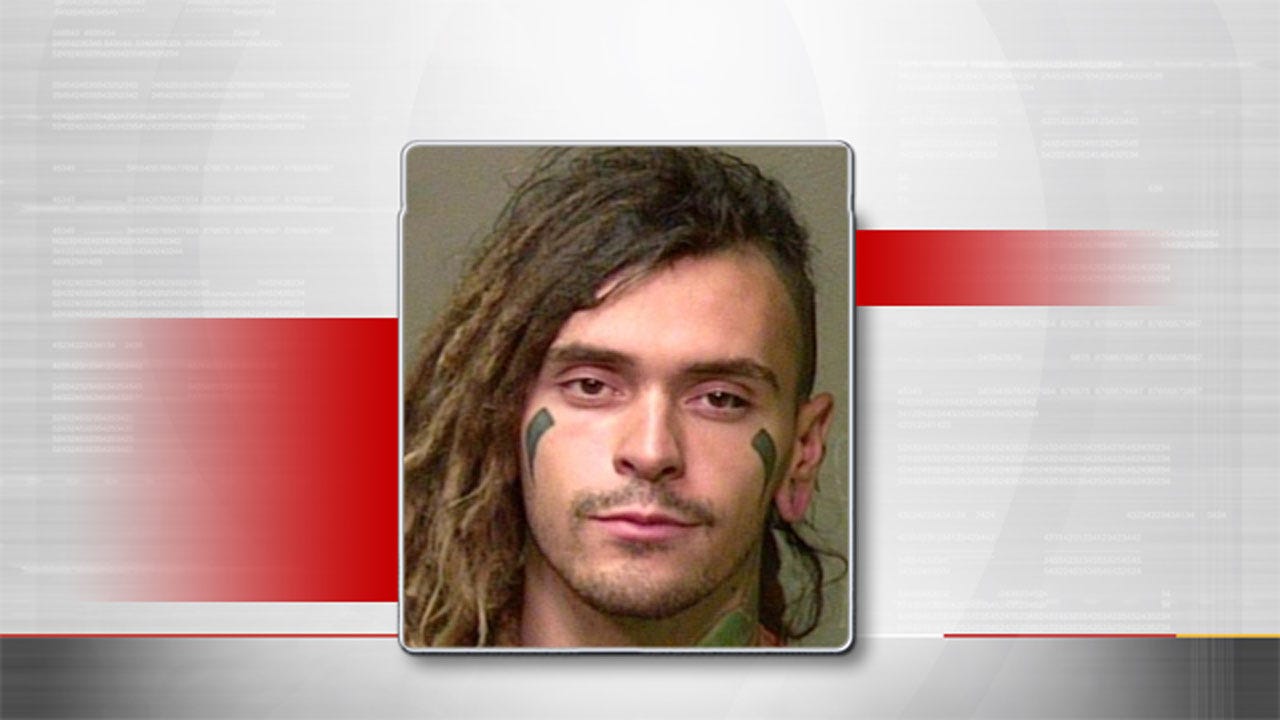 Oklahoma City police said there could've been hysteria at the "Black Lives Matter" rally on Sunday had an Edmond man set off the smoke bombs he was allegedly carrying in his backpack.

Police arrested Brandon Lara, 24, before the devices were lit.

As more than 2,000 people marched in Sunday's "Black Lives Matter" demonstration, about 100 police officers were on high alert. At one point, officers said they spotted a suspicious person carrying a backpack in the crowd.

“He had a cap on, he had sunglasses on and he had a bandana partially covering his face so obviously – typical attire for robbing a bank,” said Oklahoma City police Capt. Paco Balderrama.

When officers made contact with Lara, they said he started spouting off rhetoric "consistent with that of the 'Sovereign Citizen' domestic terror agenda.”

“Basically, these individuals don’t identify with a country. They basically think that they’re their own sovereign state and the rules and the laws of our community, of our state and country do not apply to them,” Balderrama explained.

“We believe this individual fully intended on setting the smoke bombs off in the crowd. Initially, there’s a loud bang and heavy smoke, so it could have been mass chaos,” said Balderrama.

After a short investigation and Lara getting treatment for heat exhaustion, he was taken to the Oklahoma County jail for a felony complaint of attempted terrorism hoax and possession of an explosive, among other complaints.

In his booking photo, the letters A.C.A.B. are tattooed on his head. Police said it's common knowledge that acronym stands for "All Cops Are B*******."

Records show he doesn't have any prior arrests; just a traffic ticket from 2015.

News 9 stopped by his home Monday and no one answered the door.