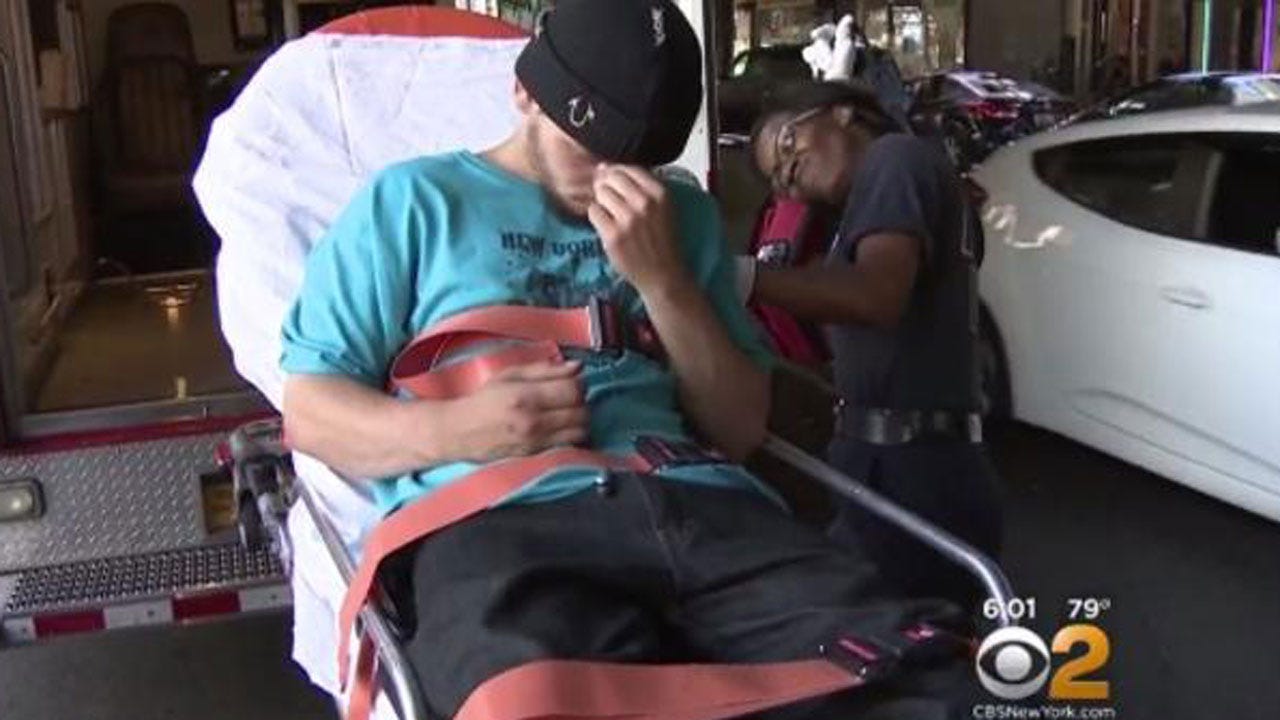 The incident happened in the neighborhood of Bedford-Stuyvesant, in the same area where the station reported on the problem last month.

CBS New York reported that police rushed Tuesday from one street corner to another, finding people strung out on K2 synthetic marijuana, also known as "spice."

Victims were slumped over on the sidewalk with blank stares, some barely standing, others strapped on to stretchers.

The scene was so bad that Bed-Stuy resident Brian Arthur started live streaming it on his Facebook page.

"As I was walking up a block, I see anybody laying out on the floor, and everybody's just stumbling all over the place," Arthur said. "It looked like a scene out of a zombie movie."

Walter Quinones was standing on the street when he saw people start dropping. Right next to him was a wooden sign that someone has painted reading, "No smoking K2."

"They were pouring out in the street. It was like something out of a movie man, horror movie," Quinones told WCBS Radio. "It reminded me of the crack epidemic when it first came out, you know, but this was like more worse. They were just dropping."

The dramatic scene unfolded on Stockton Street and Lewis Avenue near a community garden and then spilled onto busy Broadway, across the street from a deli police say they raided for selling K2 after CBS New York did a story a few weeks ago.

A man at the deli denied the store was raided, before kicking a CBS New York crew out of the store.

Neighbors say the K2 problem is getting worse in the neighborhood.

"In previous years, you might see the same five or 10 guys around, and now it's five new guys every half-hour walking around smoking it," said Bed-Stuy resident Jason Reis. "So I think a lot more people are flocking to this area. There's a store in this neighborhood that's one of the only stores, from what I understand, in New York City that's selling K2."

"Sometimes I think that these people around here are going to do something that they don't want to do, and it kind of freaks me out," said 10-year-old Julio Montesdeoca.

The NYPD says because K2 recipes change constantly, some ingredients aren't illegal, so it's difficult to crack down on the dangerous drug. The Police Department added that synthetic pot is still not included in penal law. It can be illegal under federal law if it is made using a controlled substance.

"What K2 does is puts you in a world, a delusional world, have your mind spinning," said Andrew, who said he's used synthetic marijuana. "It's mind altering."

"It's very sad," resident David Marcao said of the situation. "These people are sick."

Police say they will continue the raids in the neighborhood until they can control the problem.