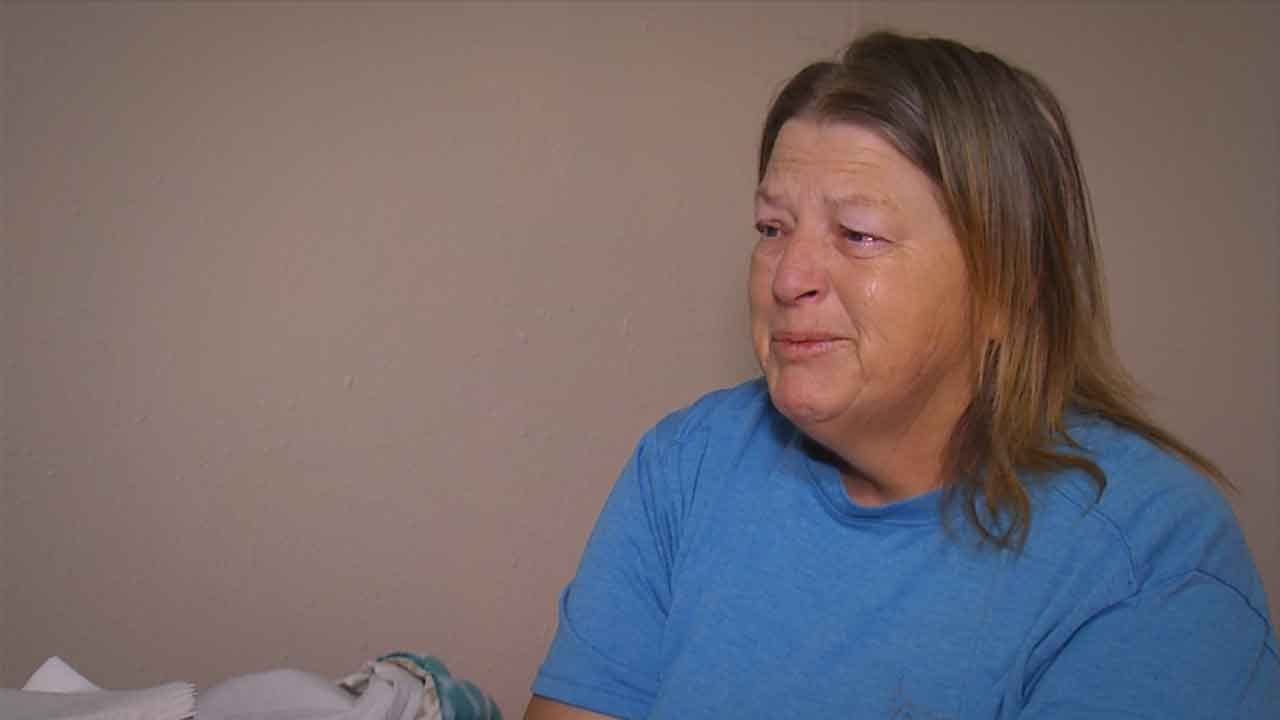 Often times when somebody is murdered you hear about the crime and maybe the trial afterwards. But what happens to those left behind? This is a story of one woman who, after her daughter was murdered, lost everything and was forced to live in her car.

Wilda Thornton has a hard time talking about it, "Because I’ve always been able to take care of myself and my girls.”

Her troubles began last June, when her husband of 33 years was diagnosed with cancer.

"They told us that it was inoperable,” Wilda recalled. “And they said they wanted to do chemo and radiation on him, which James told me, if they did, he wouldn't make it. And I told him, ‘Sure you will.’ You know? And he didn't."

Six weeks after the diagnosis, James Thornton was gone.

Wilda's daughter, Brandi, moved in with her mother to help take care of her. Then in November, Brandi's ex-husband admitted he forced his way into their trailer home and stabbed Brandi to death with a screwdriver before setting the home on fire.

"I lost my daughter. We lost our pets. Lost everything I had. He took my daughter away from me," Wilda said, fighting back tears. "It’s like he took half of my heart. My soul. I should have been there to help her."

The home was not properly insured. For months Wilda had to live in her car until she was bitten by a bug and developed sepsis. She remembers going to her other daughter's home on a Friday evening.

"I couldn't even get out of the car. I was throwing up,” Wilda said. “And then the next thing I know it's Monday.”

Wilda spent 4-months in the hospital. She’s staying with her granddaughter, but there isn't much room for her. Once the sepsis clears she hopes to return to the job where she's worked for years helping the handicapped. But, for the first time in her life she needs help.

"It's just kind of embarrassing, not to be able to take care of yourself. This is not what I had in mind at my age,” Wilda said. “He took everything."

If you’d like to help out there is an account set up at Arvest Bank under the name “Wilda Thornton Support Trust”.

And a GoFundMe Page has been set up at: https://www.gofundme.com/WildaTrestorehope