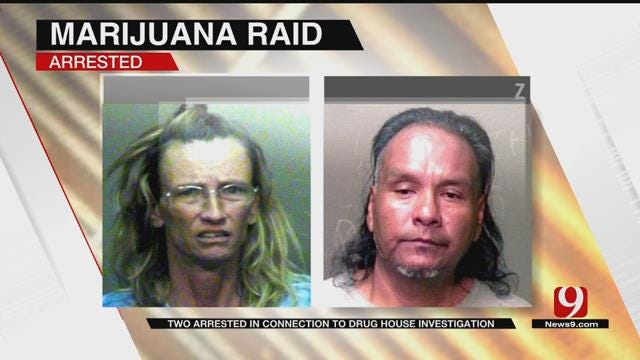 A tip from a confidential informant led to the arrest of two people, accused of selling drugs out of a home and TV repair shop in Oklahoma City.

All the details are revealed in two search warrants filed Friday in Oklahoma County Court. They state Oklahoma City police started doing surveillance on those properties late last month - and then found the evidence they needed to search the shops, all by looking through their trash.

The search warrants state police started watching a house on SW 77th Terr. and a building on Linwood Blvd. and saw several people going in and out without bringing or taking any TVs to be fixed.

Police collected the trash canisters from the home, and in between the rotting food, police found bags with marijuana residue - along with mail that tied Tina Crider, 45, and someone named “David Martinez” to the home.

When police searched inside the house on SW 77th Terr. they found several plastic baggies filled with marijuana as well as several pistols and shotguns. They also found miscellaneous rounds of live ammunition, soft body armor and $25,000 in cash.

And at the Linwood property they found even more drugs and guns.

Police arrested both Crider and Florencio Martinez, 55, accusing them selling and possessing drugs, and doing it near a school.  They spent a couple of days in jail and are out, waiting for formal charges to be filed.