All Charges Dropped Against Officers In Freddie Gray Death 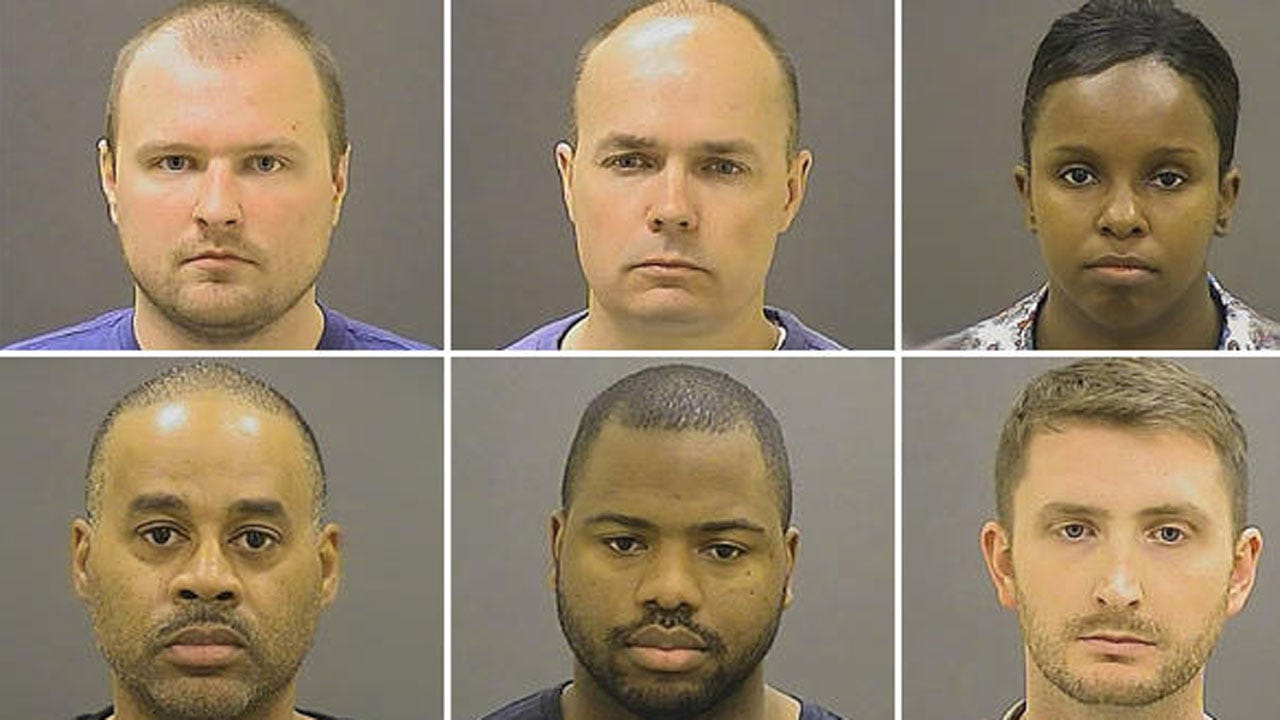 Prosecutors dropped their case against the final two of six officers not yet tried in the Freddie Gray case in Baltimore on Wednesday.

Officers Garrett Miller and Alicia White were awaiting trial over the death of Gray, a black man, on April 19, 2015, a week after he suffered a spinal injury sometime during a police van ride.

White was set to undergo her trial later this year.

Also charged in connection with the case besides Miller and White were Officers Edward Nero, Lt. Brian Rice, William Porter and Caesar Goodson. Rice was the last officer acquitted by a judge earlier this month. Goodson was acquitted by a judge back in June. Nero was also acquitted by a judge in May. In December of last year, a Baltimore judge declared a mistrial for Porter in the first trial over Gray's death, because the jury in his case remained deadlocked.

Porter's charges were also dropped Wednesday. He was set to face a retrial later this year.

All Charges Dropped Against Officers In Freddie Gray Death