Report: Durant Told Westbrook He Would Re-Sign With Thunder 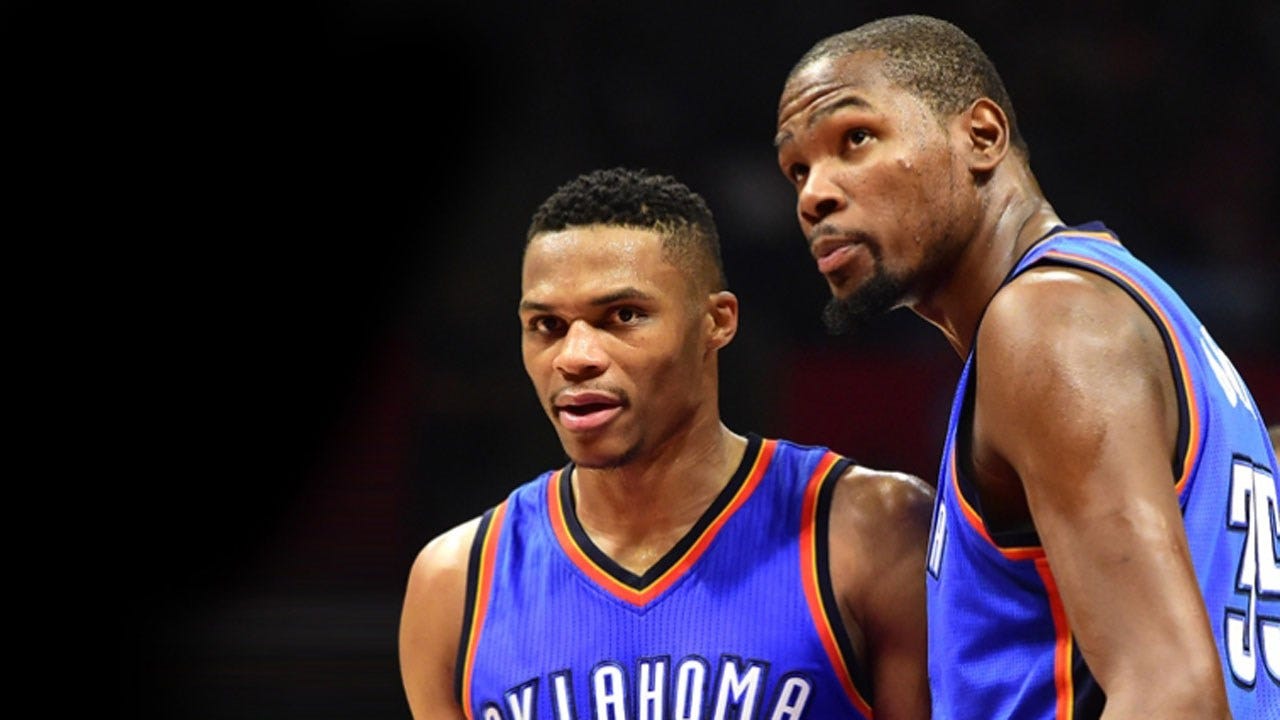 As the Thunder fan base maintains its efforts to move on with life post-Kevin Durant, the rumors continue to trickle out about how the exit with Oklahoma City wasn't as clean as one would expect for most NBA free agents.

ESPN's Royce Young made an interesting statement when talking with Brian Windhorst and Kevin Pelton on Tuesday's TrueHoop podcast. When discussing Durant's decision and the future of the Thunder, Young mentioned that Westbrook was told by Durant himself that he'd be returning to OKC before he met with teams in the Hamptons.

Three weeks ago, Kevin Durant's sitting there at dinner, telling him "Hey, I'm coming back, man. Don't worry about it." And now, Russell Westbrook has been kind of thrown into this in having to decide his future a summer earlier than expected.

Kevin Durant, more so than even that, was telling people, "Hey, yeah, I mean I'm coming back." Like I said in there, a week before Kevin Durant sat down in the Hamptons, he was in Oklahoma City ready to make an offer on a multi-million-dollar house. So, the guy was pretty serious about coming back, and then things turned rather quickly for him to leave. And there's no doubt that the organization felt a little bit burned by this.

If Durant was really that close to re-signing with the Thunder and changed his mind over a weekend, it only solidifies previous reports that he can be persuaded while it appears he's keen to telling people what he thinks they want to hear. Even if your name is Russell Westbrook.

Report: Durant Told Westbrook He Would Re-Sign With Thunder