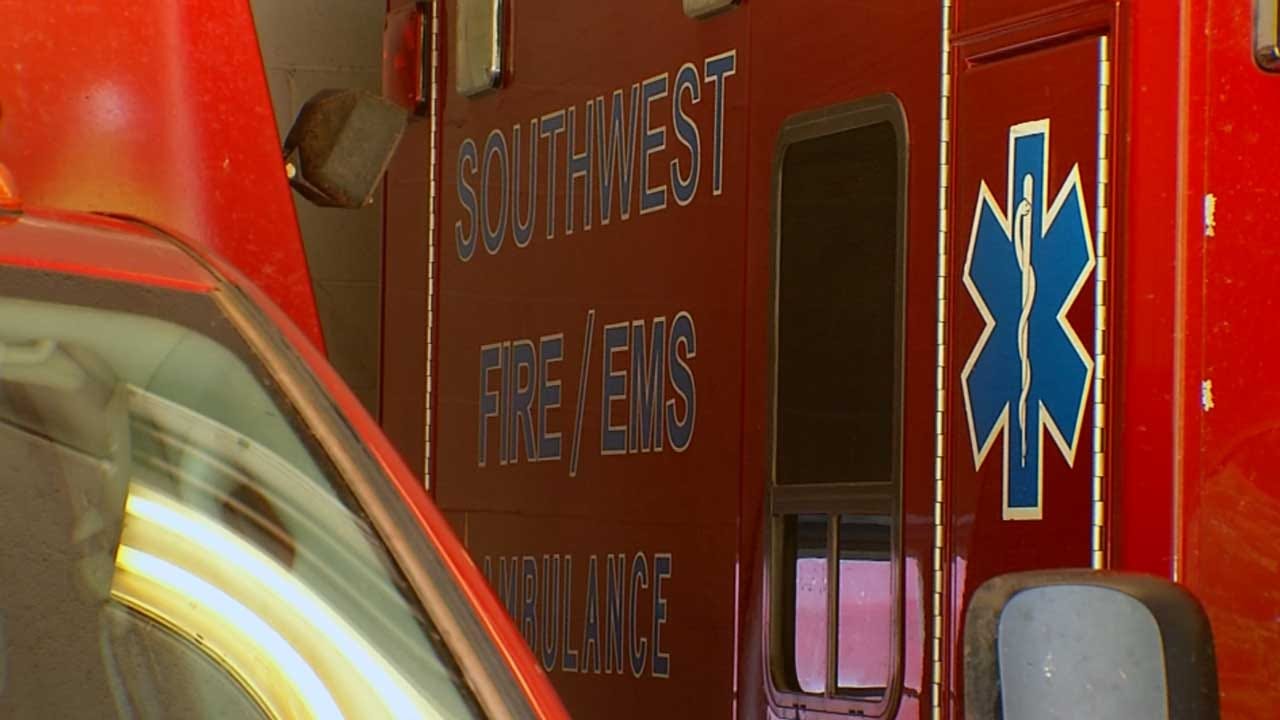 Southwest Lincoln County Fire Protection District is currently without a working ambulance and the fire chief said they don't have the money to get it fixed.

So for now, residents have to wait much longer for another agency to arrive.

While one ambulance is in the shop and could be ready to go in a little more than a week, the other sits in the fire station bay with a failed engine.

But until the other ambulance is fixed, it's Chandler, Midwest City and REACT stretching their resources to cover the 120 square miles of Lincoln County's district.

Should an emergency unfold in that part of rural Lincoln County, residents like Shelley Wear would have to wait awhile for an ambulance.

“Just knowing that if they don’t get there in time, it kind of makes me sad and it’s very frightening because you don’t know whether it’s going to be life or death,” she said.

Fire Chief Warren Welt says right now they are only able to help so much before a person needs to be transported to the hospital.

But the engine in their only available ambulance just went out and he says it'll take about $5,000 to fix it.

“Money’s a little tight,” he said.

The protection district benefits from property taxes. But Welt said that only goes so far.

“We do have some resources. We just don’t have enough resource. Particularly, at this time, it’s just like everything has hit us all at once,” he told News 9.

Welt said their bunker gear is well beyond its recommended time-frame for safe use, which puts the firefighters at risk.

And Welt said their air packs are on their last legs. The radios they use are also reportedly obsolete and need to be replaced.

So now, the ones who serve the community are at their mercy. They’ve set up a GoFundMe account asking for donations.

“We’re glad to do the job and we’ll be there. But we’ve got to have the tools and equipment to do that with,” said Welt.