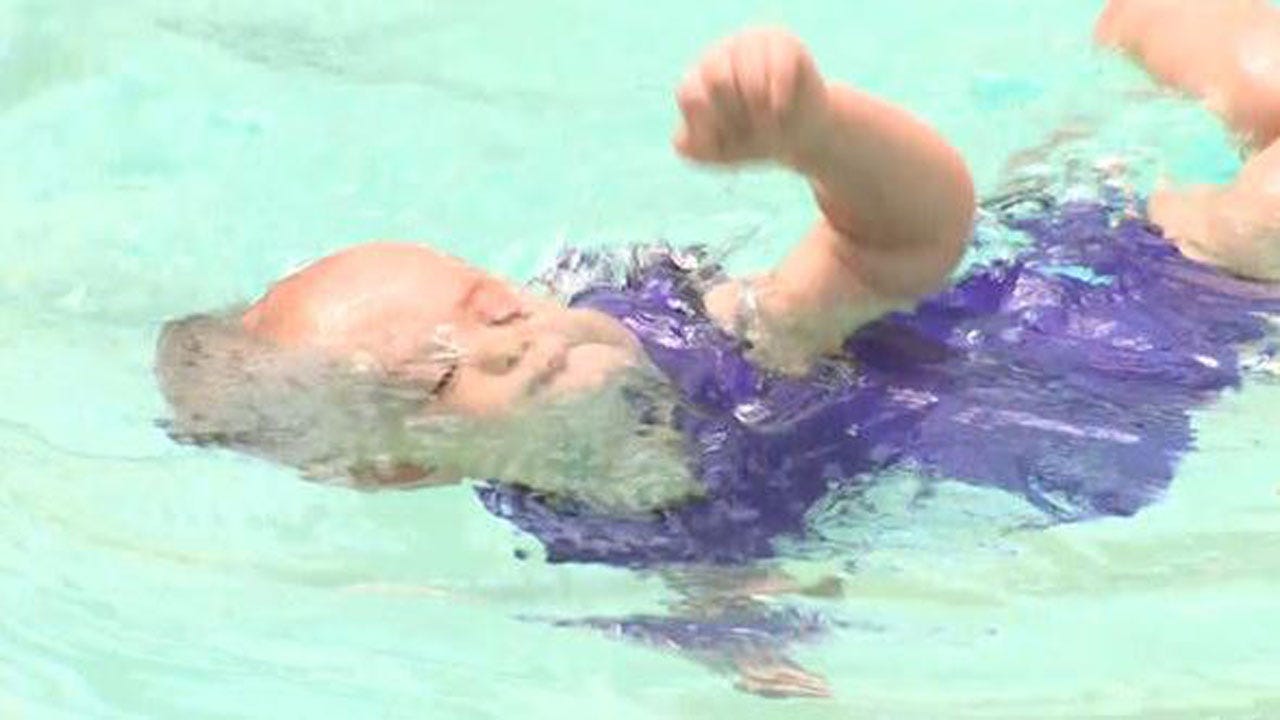 Steamy temperatures in the dog days of summer mean families across the country are heading to the pool or beach to cool off.

But fun in the sun can quickly turn tragic for small children when water is involved. In fact, when it comes to preventable injuries, drowning is the leading cause of death in children aged 1 to 4, according children's advocacy group Safe Kids Worldwide. Babies under a year old are more likely to drown at home in the bathtub or even a bucket.

That's why certified aquatics survival instructor Dena Blum-Rothman offers a class that teaches infants as young as 6 months old how to survive in the water.

"Accidents happen and we want to arm children with the ability to save themselves," she told CBS News.

All it takes is 10 minutes a day, four days a week for a month for a child to learn water survival skills, Blum-Rothman said. Young children respond to positive reinforcement as they learn what to do.

"We're really rewarding the tiniest approximation of something correct and they start realizing, 'oh she liked when I did that!'" she said. "All of a sudden, in a few weeks you've got a swimmer, you've got a floater and they're safe."

Rick Terry enrolled his 9-month-old daughter Erin in Blum-Rothman's class in Milford, Connecticut. Now, when she's let go in the water, Erin knows what to do: she rolls over onto her back and kicks her legs, keeping her face above the surface.

"She's a kicker and a mover," her father said. "She loves it. She loves the water and she's always jumping in and splashing. It's a good time."

According to Safe Kids, nearly 800 children died from drowning in the U.S. in 2014. More than half of them were under the age of 5. The organization reports that two-thirds of fatal drownings each year occur between May and August.

Blum-Rothman says kids can drown in seconds, even with adult supervision.

"Things happen. You blink. You're distracted," she said. "You didn't realize that the gate was open. It's not bad parenting. It's an accident."

That's why demand for such lessons keeps growing. And while some parents may have a hard time watching their kids go under, even in a controlled setting, one dad has some advice.

"If you're nervous as a parent, get over it," Phillip Ludwig said, "because these are your kids' lives."