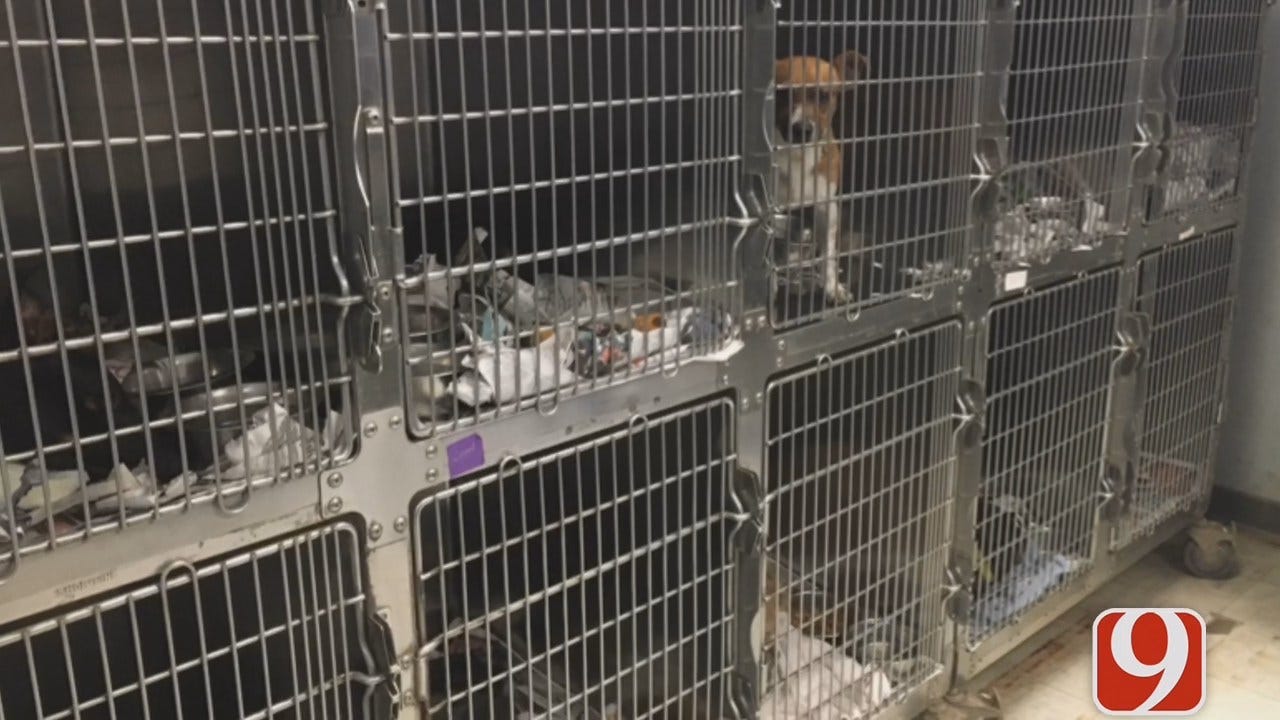 "Their hearts in the right place,” said Jim Crosby, the Yukon City Manager. “But they have animals in every room - the conference room, the office they are two to three deep stacked on top of one another - very unhealthy situation."

News 9 found kennels stacked to the ceiling with cats, and many dogs stacked four to a pen. The Yukon City manager says they need some help because this building is crumbling in around them.

“It is something we're very concerned about and we're trying to deal with it," said Crosby. ”We've got way to many animals in the shelter and we're going to have to deal with the situation.”

But those who help run the Pets and People no kill facility say the summertime is when they always see a major influx of animals.

“More people are moving and they wait until their kids are getting out of school,” said Cindy who has helped run the Pets and People in Yukon for since 1999. “And they are dumping their animals because they can't take it to where they are going.”

As for the building?

“It needs some work,” said Cindy.

But Crosby says it’s beyond a quick fix. He says architects they have talked to recommend tearing the building down and building a new one. That’s because the roof damage to the current is so bad, parts of the ceiling are caving in, there is a lot of rust on the doors, and there is water damage throughout.

Crosby says it will cost about a million dollars to build a brand new animal shelter in the same spot. Right now the plan is to build an adjacent building at the end of the year, and then tear down the current building at the beginning of next year and hopefully have a new one built by the next summer.

Until then, the shelter is hoping people will come help find forever homes for all the dogs and cats here. People like Billy Brooks, who adopted a dog here today, and adopted their other dog here too.

As for what he thinks of how Pets and People are dealing with the overcrowding and crumbling building?

“They do good for what they got,” said Brooks.