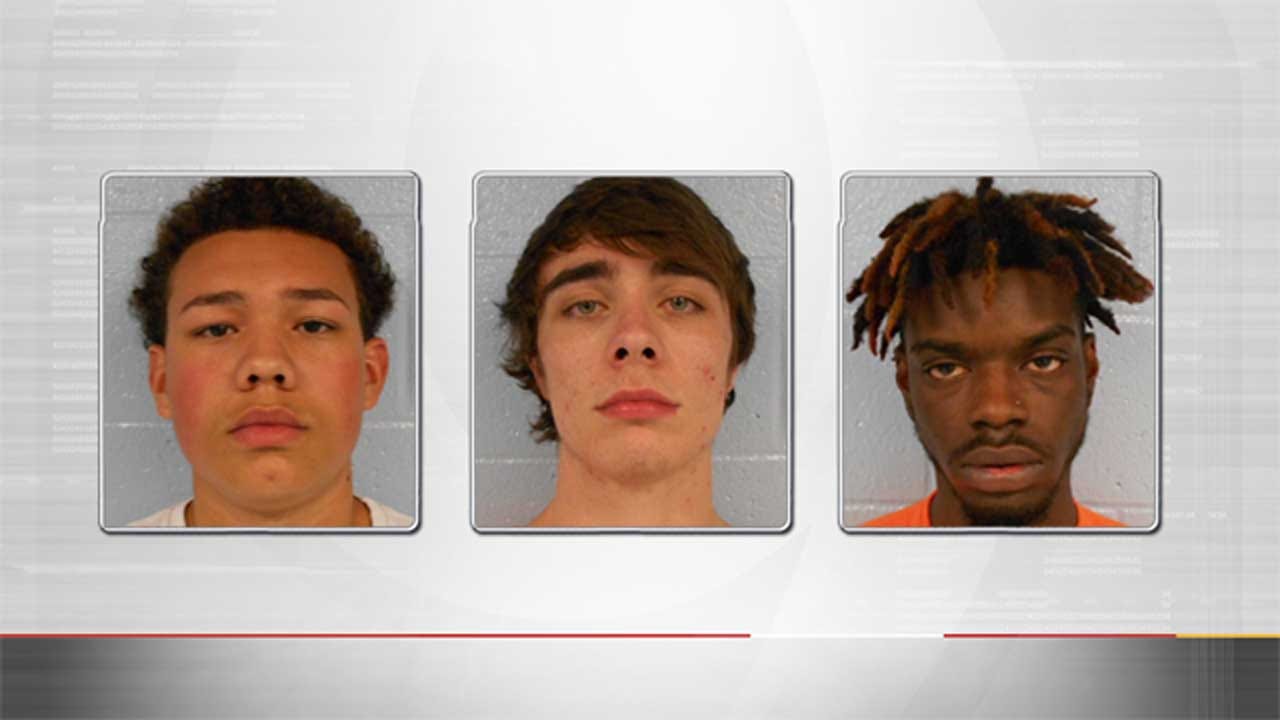 Police have arrested three suspects in connection to a shooting and are still looking for one more, that injured a man early Friday morning at an apartment complex in Edmond, Oklahoma.

According to police, at about 1 a.m. a man suffering from a gunshot wound walked into OU Medical Center in Edmond. The victim told police he was shot in the chest at the Dillon Park Apartments near Danforth and N. Boulevard.

The victim identified as 18-year-old Joel Leburu, was later transported to OU Medical Center in downtown Oklahoma City, and is said to be in stable condition. He is expected to survive.

According to the Edmond Police Department three suspects were arrested in the incident. They have been identified as 19-year-old Christopher McKee, 19-year-old Cody Spess, and 20-year-old Javarius Brantley. Police said they are still searching for an unidentified fourth suspect.

Investigators in the case say this all started as a confrontation stemming from a previous drug transaction. They determined McKee, Spess, Brantley and the fourth suspect went to the apartment complex to confront someone and the victim, Leburu, was not involved in the initial confrontation but came outside his residence to ask the suspects to leave. That's when investigators say Leburu was shot.

Reagan Fedell saw police arrive after the shooting. “I know it’s just something you just hear on the news far away, especially this close to campus like this, is supposed to be one of the nicer apartments here. Crazy world,” he said.

A man who identifies himself as a friend of the victim says Joel Leburu is a Freshman at UCO.