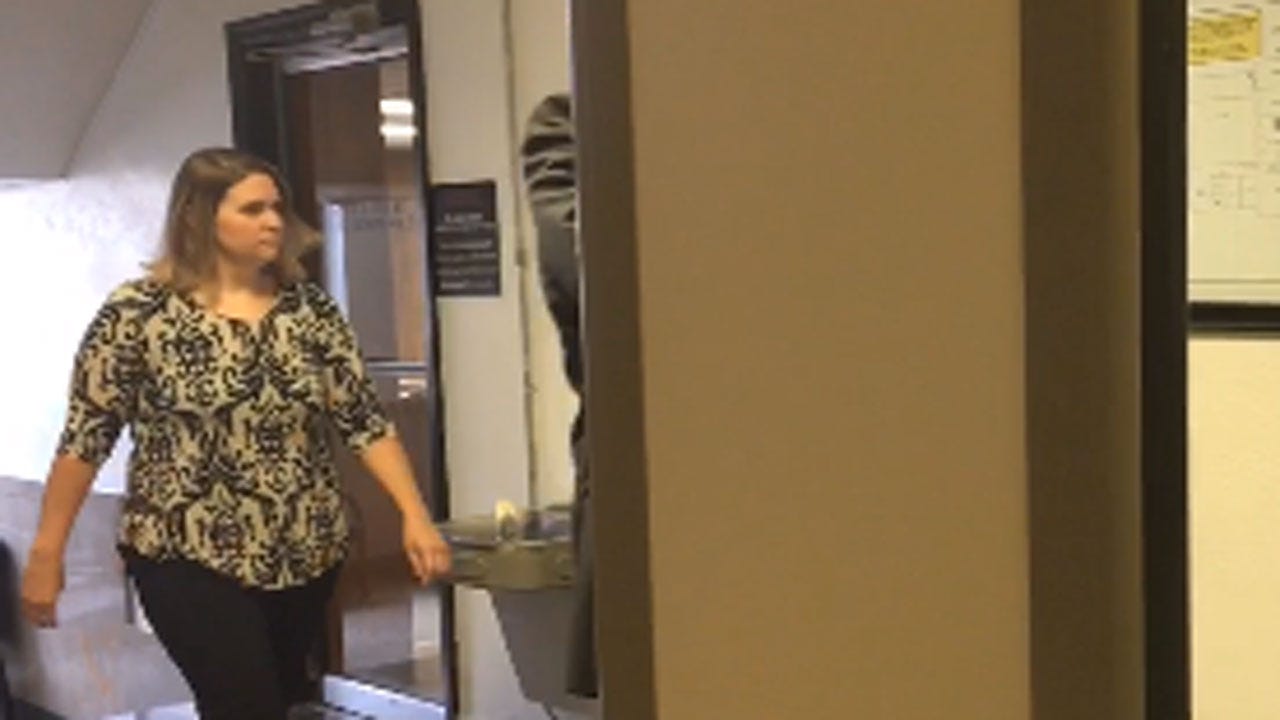 An Enid woman surrenders herself before a judge after she is accused and charged with child abuse and three counts of obtaining money by false pretense.

Jessica Good, 32, is accused of creating various fundraisers and GoFundMe pages claiming she needed money to help pay for her young daughter's cancer treatments and claiming her 3-year-old daughter Katie was terminally ill. But it turns out it was all a lie.

According to Enid Police, they started looking into this case back in July, when someone tipped them off that Good was taking her 3-year-old daughter for treatments she didn't need. And that Good used her daughter as a pawn as a way to scam people out of thousands of dollars.

“Through some of the old accounts we determined she claimed her child had cancer, went into remission, back out of remission, back having cancer, needing to seek more treatments,” said Captain Jack Morris with the Enid Police Department. “She went to the extent of even claiming the child was going through stem cell treatments.”

Many who have donated money to Good took to social media to voice their disgust and to warn others about the scam.

People like Kendra Dorsey, whose own son suffers from seizures, helped raise money for Good.

Dorsey said she even met with Good and her daughter.

"That was my little buddy," said Dorsey. "We're furious because we really and truly thought she was sick. We knew some things didn't add up."

She said that one golf tournament raised $12,000 for Katie and her family.

According to an Enid police report, over $3,000 was raised in addition with a free photography session from a local business in Enid. Also according to another police report, a scam victim said she sponsored a T-shirt fundraiser and sold tickets for a give-away to help raise funds for Good and her family.

Enid Police say it appears that Good's husband and children all were under the same impression that the 3-year-old did have cancer and was dying, and that they too were fooled.

“Nothing indicated that the child was being treated for cancer or had cancer,” said Capt. Morris. “I'm sure there's people we don't even know about who made a large donation but we're definitely asking them to come forward.”

Capt. Morris says DHS has taken custody of all four children while the police investigation continues. Investigators are looking into all the money that has been donated to Good family over a period of two years.

Good had nothing to say as she walked into the Garfield County Courthouse to surrender herself before the judge. And neither did her lawyer.

The judge granted a request for bond and the judge says he does not consider her a flight risk. She posted a $2,500 bond. Next court date is September 26.

Friday, GoFundMe Spokesperson Bobby Whithorne told News 9 they are offering refunds to all donors upon request and released the following statement:

"Fraudulent campaigns make up less than one tenth of one percent of all campaigns. With that said, there are instances where individuals try to take advantage of others' generosity. In this case, an individual charged with fabricating a diagnosis and committed fraud. GoFundMe has taken action and banned the individual and will provide refunds to all donors upon request. A donor simply needs to contact our team using the same email address."