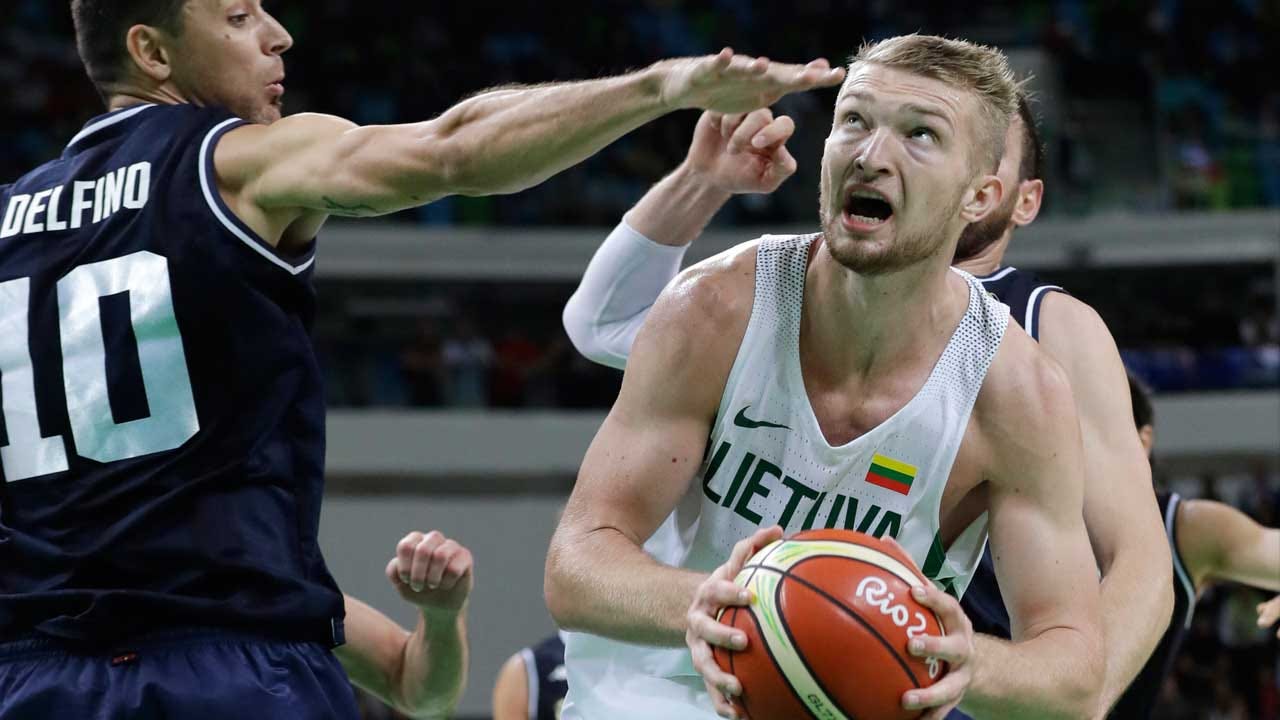 The Oklahoma City Thunder have officially signed rookie forward Domantas Sabonis to a contract. It was announced today by Executive Vice President and General Manager Sam Presti. Per team policy, terms of the deal were not disclosed.

Sabonis (6-11, 240), was selected with the 11th overall pick of the 2016 NBA Draft following his sophomore year at Gonzaga. The forward earned All-WCC First Team honors as a sophomore after averaging 17.6 points on .611 shooting from the field (239-of-391), 11.8 rebounds, 1.8 assists and 31.8 minutes in 36 games with the Bulldogs. The forward was named to the All-WCC Second Team, All-WCC Freshman Team, NIT All-Tournament Team and NCAA South Regional All-Tournament Team as a freshman. He played in 35 games in 2013-14 for Unicaja Malaga in the Spanish ACB league.

He was acquired by Oklahoma City on the night of the 2016 NBA Draft along with guard Victor Oladipo and forward Ersan Ilyasova from the Orlando Magic in exchange for forward Serge Ibaka.

The 20-year old is currently competing in the 2016 Summer Olympics with the Lithuania men’s national basketball team.