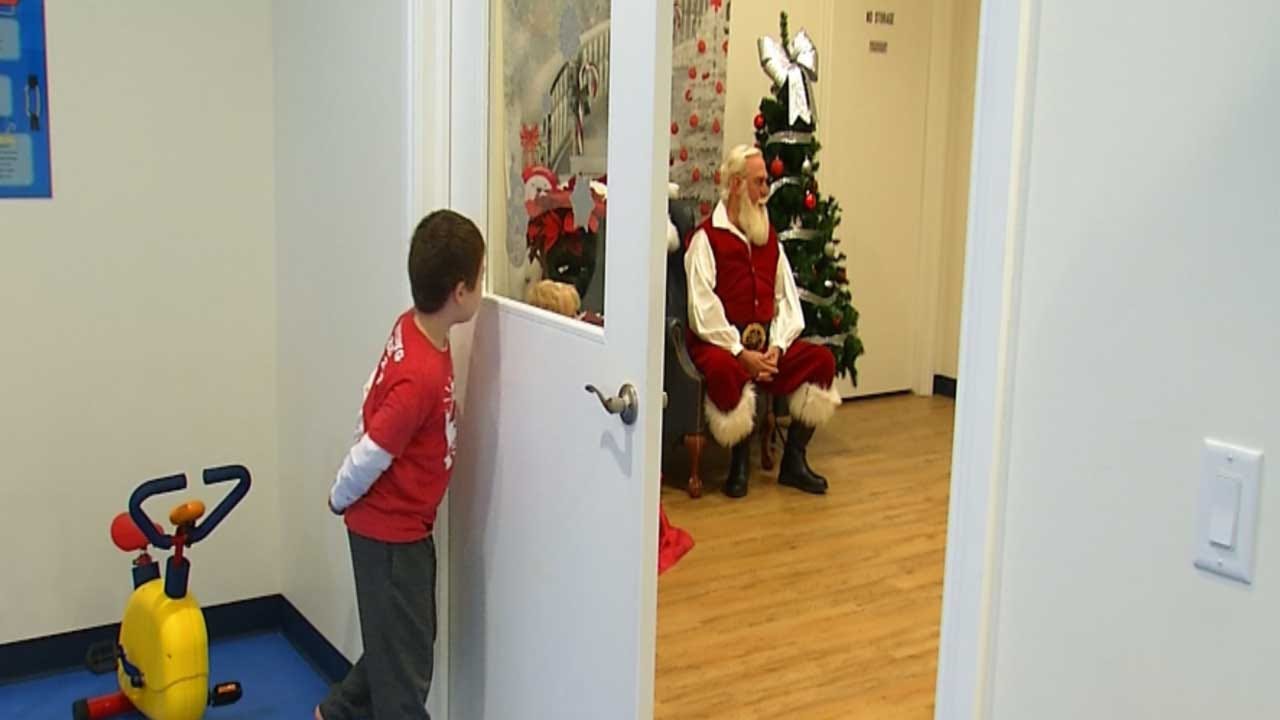 Tucked away in a strip mall in Edmond is a brand-new escape and an oasis for kids who need just a little space.

It's a place called We Rock The Spectrum just off Broadway and 33rd. It’s a sensory gym for kids with autism where they can come be themselves. The name comes from the diagnostic spectrum on which children with autism are placed.

On Saturday, they got to do just that with a very special guest.

“I would love to take a picture with you, especially in your uniform,” Santa Opa Claus, who asked to only go by that name, told 10-year-old Dan Gould who was wearing a police costume.

Normally, parents said, this sort of thing at the mall is just too much. The lights, the lines and all the noise makes for a tough day out to tell Santa whether you've been naughty or nice.

“There's not the ruckus of the mall that you know he wants so badly to talk to Santa,” said Beth Gould, Dan’s mother.

So Santa, instead, came to them and waited. Claus was seated in a hard-floored room in the back of the gym, one of the few places in which the floor did not have spongy foam or scattered sensory toys, joined by Mrs. Claus. Both waited patiently and spoke in soft tones.

“You don't reach out to them. Everything's on their terms, so it's however they want to do it,” Claus said.

“I think this time of year, every kid should be able to see Santa and have that experience that all kids want to have,” We Rock The Spectrum co-owner Kortney Brummel said.

She and her sister opened the gym six weeks ago after learning about similar places opening in California. They thought it would be a good place for Brummel’s niece and kids like her to have.

“Here it's OK. It's OK if your child needs to like calm down or throws a fit. We're understanding of that,” she said.

For others, the gym is a refuge. Gould called it “a blessing.”

“Finally, a place where you don't have to say I'm sorry,” she said with a laugh as her eyes welled with tears. “That was huge."

Which just might make this place the best present anyone here could ask for, Santa was just a bonus.